The Mirror are claiming today that new Manchester United manager Louis van Gaal may use some of his astronomical £200m transfer budget to lure some Dutch players to Old Trafford.

LVG currently managed Holland, and has worked with all five of these layers closely…

Here’s how we’ve ranked their suitability.

The first of two Feyenoord central defenders on the list. de Vrij is being chased by the likes of Liverpool, and actually skippered Holland for the first time last week, despite being only 22-years-old.

He’s incredibly talented, and is very composed with the ball at his feet as well. What’s more, he’s already made a whopping 135 league appearances for his club!

Time for him to make the step up…? 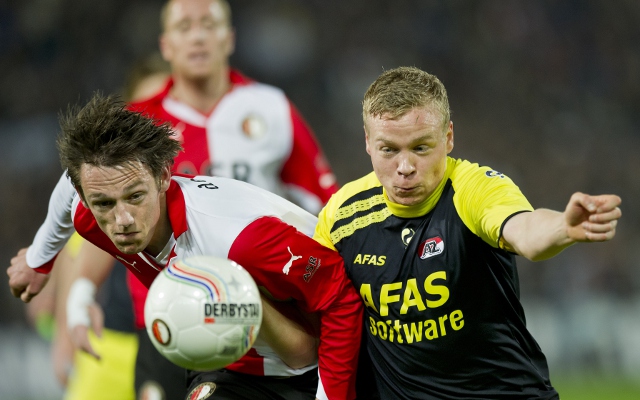