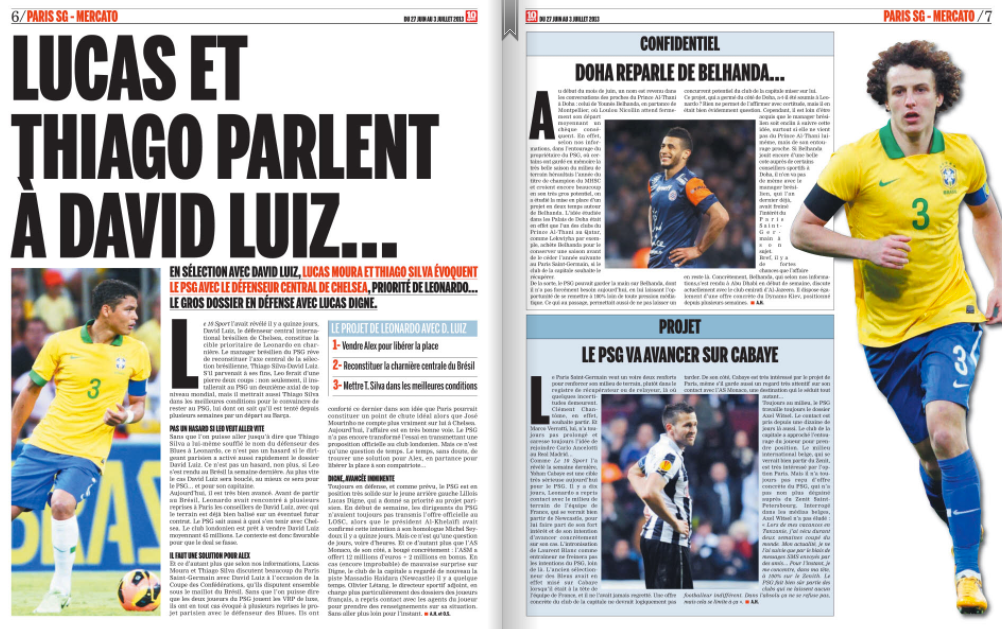 According to Catalan daily Mundo Deportivo, Barcelona are interested in signing former AC Milan star Silva but the French club are desperate to hold on to the defender.

Leonardo has been photographed in Brazil recently and has reportedly already met with Luiz’s representatives.

The player is currently on international duty at the Confederations Cup in his homeland, and both Silva and PSG winger Lucas Moura are thought to be attempting to convince Luiz to move across the Channel.

The former Benfica defender has been linked with a move away from Chelsea this summer, with reports suggesting new head-coach Jose Mourinho is not a fan of the 26-year-old.