Brazil’s squad for their upcoming friendlies in November is heavily influenced by players plying their trade in England, with Chelsea quartet and one apiece from Liverpool, QPR and Tottenham Hotspur.

The four men from Stamford Bridge are David Luiz, Oscar, Ramires and Willian, as the latter gets a place despite being often overlooked by manager Luiz Felipe Scolari.

The other three members from the Blues have been firm favourites in the squad however and all will be looking to impress ahead of the World Cup next summer.

As the tournament is being hosted by the Brazilians it will be even more special for players from the nation to represent their country.

Along with the men from west London there are also call-ups for Spurs ace Paulinho, who has been impressing at White Hart Lane since a £17m move from Corinthians in the summer.

The box-to-box midfielder was a regular on the international stage earlier in the year when the Samba Boys triumphed at the Confederations Cup.

The 25-year-old scored two goals at the tournament and has five strikes in total from 20 caps.

The contingent from England is completed by Liverpool midfielder Lucas Leiva – who has been sharp for the Reds again this term – and QPR goalkeeper Julio Cesar.

There are also former stars of the English top tier represented by ex-Manchester City forwards Jo and Robinho, as well as defender Maicon, who spent 12 months at the Etihad Stadium last season. 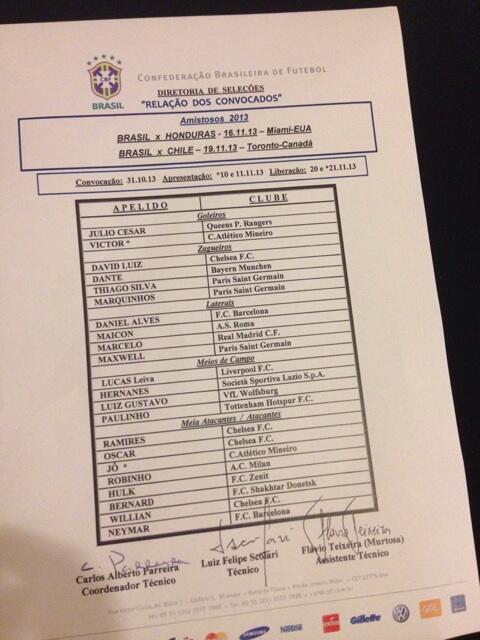