Mesmeric. Rarely has a midfielder performed as well as the mercurial Brazilian did at Anfield on Saturday. Liverpool fans purred as they watched the 21-year-old carve open an Arsenal defence on countless occasions from deep, and Twitter started to compare Coutinho with Arsenal’s £42m signing Mesut Ozil, who was completely outshone by his young counterpart.

Britton was recalled to the lineup for Gary Monk’s first game in charge, and helped dictate the tempo against their Welsh rivals Cardiff. Swansea won 3-0, and Britton’s crisp passing was the catalyst for their performance.

The Hammers skipper bagged a brace against Villa, and was involved in everything Sam Allardyce’s men did well. Nolan’s been suspended recently, and showed on Saturday why his manager can’t afford him to miss too many more games this term. 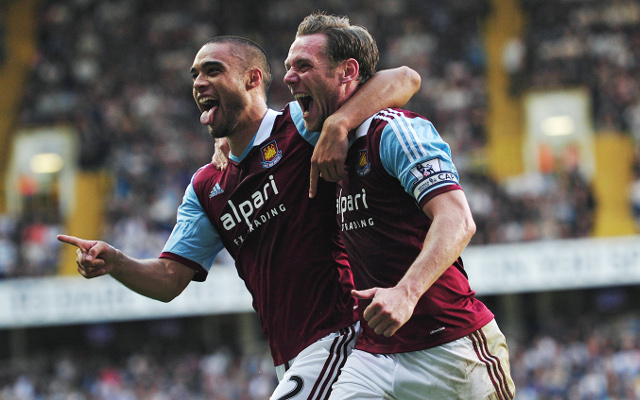