We take a look at the players set to be leaving Tottenham Hotspur this summer as new manager Mauricio Pochettino makes his mark.

New manager Mauricio Pochettino may have been appointed at Tottenham Hotspur partly to get the best out of some of the club’s underachieving players, but that does not mean that he won’t want to make some changes to his squad at White Hart Lane during the transfer window.

With Spurs unable to spend the kind of money on new signings that they splurged under Andre Villas-Boas last summer, Pochettino may have to sell before he is able to buy, with these players likely to be some of the first out of the door at the club’s training ground. 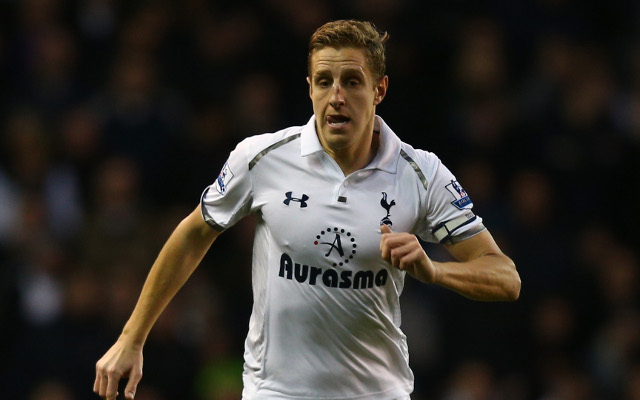 Long-serving Tottenham Horspur centre back Michael Dawson looks set to leave the club with Hull City leading the chase for the former Nottingham Forest centre back who has done a sterling job for Spurs over the years.

Tottenham hope to raise a fee in the region of £5 million for Dawson, money that is likely to be given to Pochettino to bring in a younger replacement to partner Jan Vertonghen.