Chelsea striker Diego Costa has been spotted partying in Ibiza after Jose Mourinho granted him a two-day break to recover from his 90-minute outing in Saturday’s 2-2 draw with Swansea City.

Mourinho expressed his surprise at Costa managing to last the full 90, having only recently overcome a hamstring injury.

The Special One told Costa that he did not need to train for 48 hours following the Swans game, so the Spaniard jetted off to seek sun and fun.

He clearly found the latter in Ushuaia on Sunday night.

Lots of fans took selfies with the former Atletico Madrid frontman, before uploading them to Instagram… 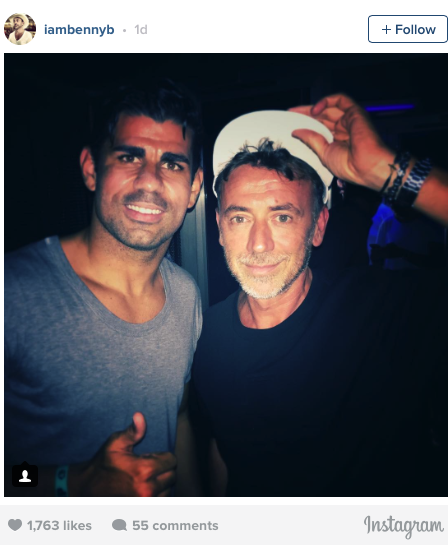 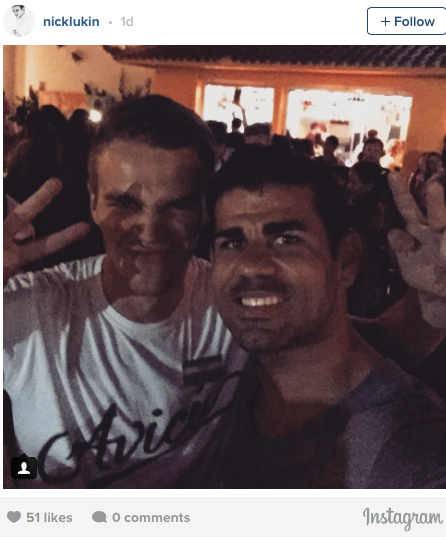 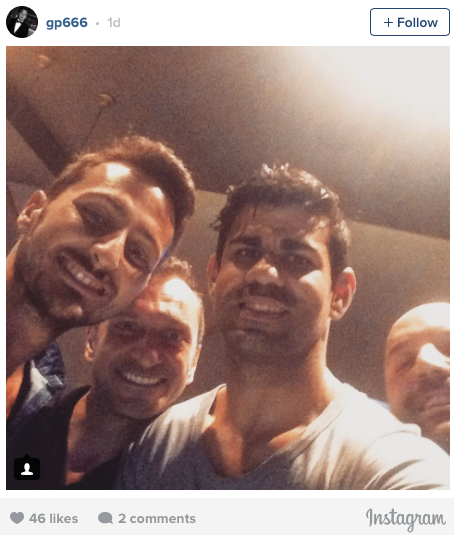