Arsenal’s new home and away kits have already been officially launched ahead of the 2015-16 season. All that’s left to be unveiled is the third strip.

Well, fear not, the wait is over. We can bring you a high-quality leaked image of the alternative jersey, courtesy of voetbalshirtjes.com.

The top is a big improvement on last season’s two-tone blue third outfit.

However, Gooners will have fond memories of last year’s third strip, as it was worn when Arsenal beat Manchester United 2-1 in the FA Cup at Old Trafford. 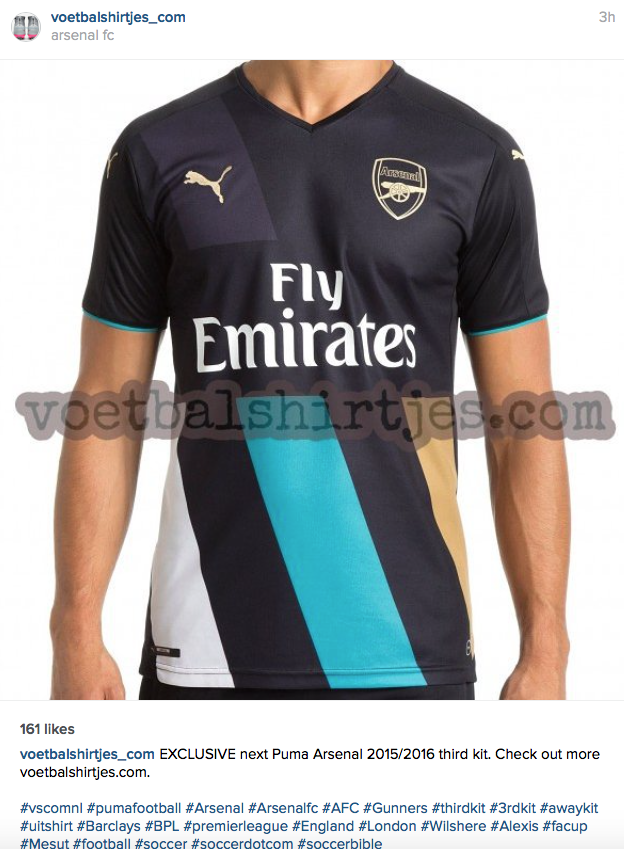