Manchester United star Robin van Persie has gone on holiday with wife Bouchra to as speculation regarding his Old Trafford future continues to rage.

The former Arsenal striker is expected to leave United this summer, with Lazio one of his most likely destinations, according to multiple reports.

Well, Robin and Bouchra were spotted in Rome this week, fuelling talk of a move to the Stadio Olimpico.

Although Robin was with his partner, he couldn’t help himself staring as some hot women in bikinis walked by.

Robin looked very impressed. He even had a lump in his pants, although that was probably just a coincidence.

We are not sure what the lump could be. Judging by the shape, we would guess either a Wagon Wheel or a tub of hair gel. 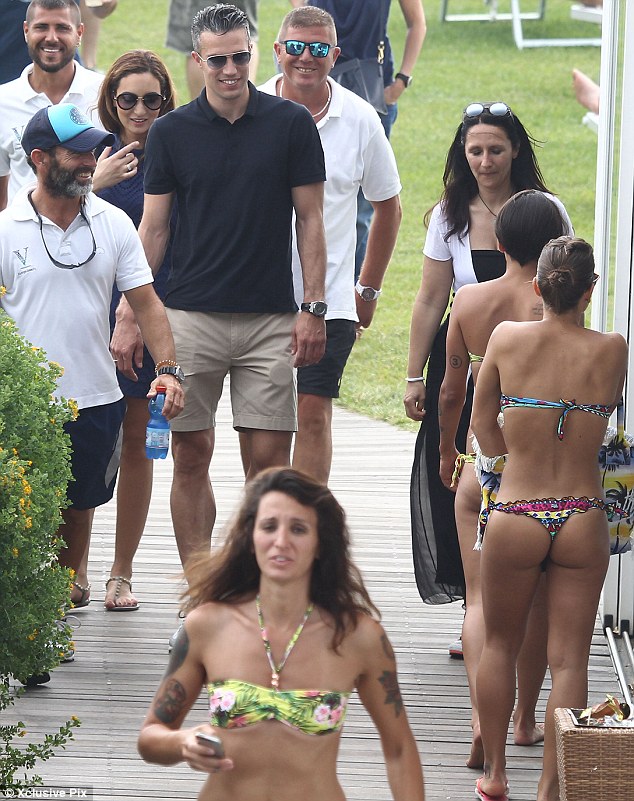