Jack Wilshere’s new girlfriend is all over the internet today.

That’s because the Arsenal midfielder posted a photo of himself kissing her on Instagram last night and the tabloid media went into a frenzy.

We have one more photo to show you though…

It was taken from her Facebook page – uploaded in 2013 – and it shows Andriani smoking some sort of shisha pipe.

Wilshere has been in trouble for smoking in the past. He was spotted with cigarettes in October 2013 and July 2014, before being caught with a shisha pipe in his hand earlier this year.

It would appear that Andriani is a fan of the shisha too. They have so much in common! 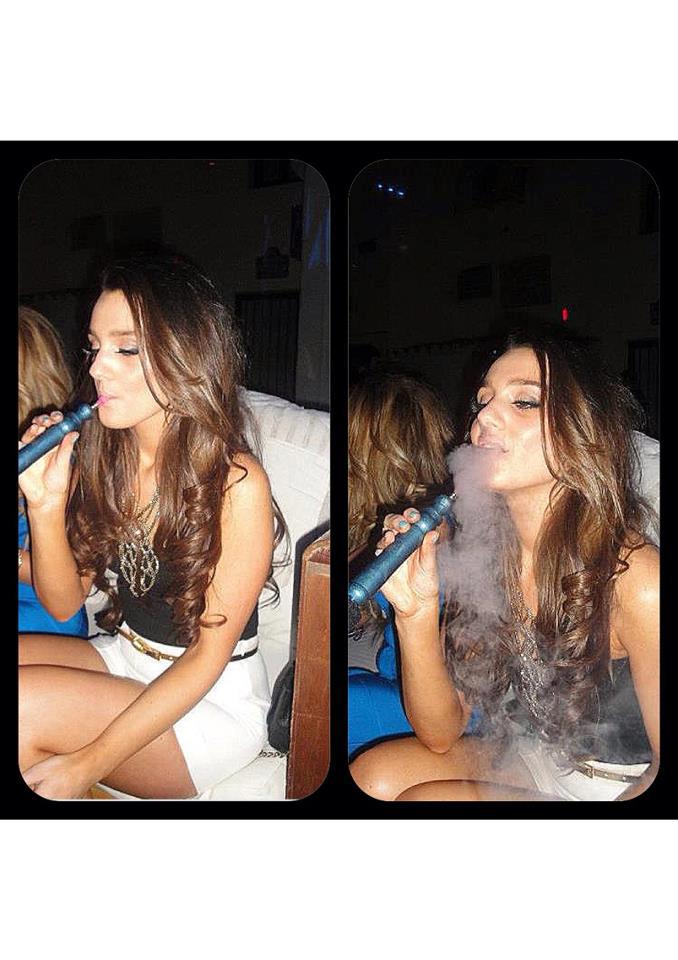