Philadelphia Eagles quarterback Michael Vick suffered a hamstring injury late in the first half and is questionable to return to Sunday’s game against the New York Giants.

Before leaving with a hamstring injury, the Eagles’ Michael Vick had rushed seven times for 79 yards against the Giants.

Vick pulled up after running around out of bounds and grabbed at his left hamstring area. Although limping, he remained in the game to complete a drive that resulted in a field goal.

After the Eagles scored to take a 16-7 lead, Vick was worked on by medical personnel along the sideline as backup Nick Foles began to warm up.

Vick returned when the Eagles got the ball back deep in their own territory. On the first play, however, he was chased to his left by Giants defensive end Jason Pierre-Paul. Vick threw the ball away from his own end zone, but Pierre-Paul brought him down from behind.

Vick left the game at that point. Foles came in and moved the Eagles downfield for a field goal as time expired in the second quarter. Vick remained on the sideline, walking slowly back and forth with a member of the Eagles’ training staff monitoring him.

Before leaving, Vick had rushed seven times for 79 yards. He had completed just 6 of 14 passes for 105 yards, 66 on a single deep ball to DeSean Jackson.

Durability has been a major issue for Vick over the last few years. He played in just 23 of 32 games in 2011 and 2012 due to a variety of injuries, including a concussion and damaged rib cartilage.

Vick has started all five games this season after beating Foles out for the starting job in training camp. 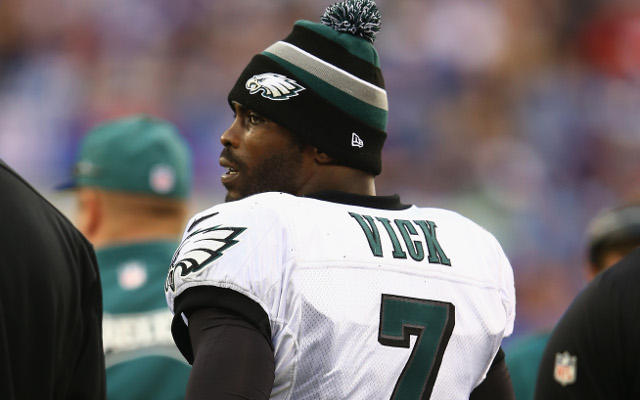 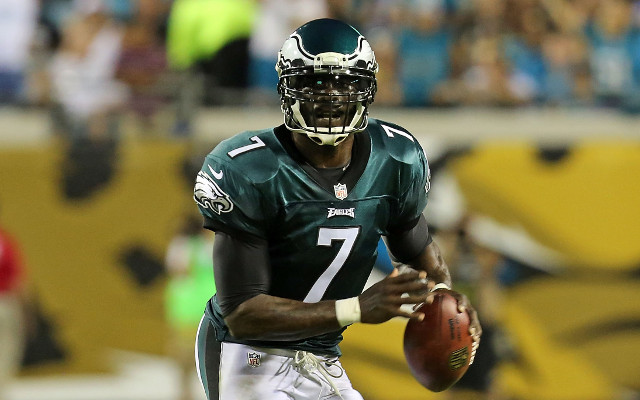