Injury worries do not deter the 76ers of picking the talented big man.

The Philadelphia 76ers have looked to the future not game one of next season when they selected Joel Embiid with the third pick of the NBA draft.

Embiid was tipped by so many to be first named at the gala event but a broken bone in his foot and subsequent surgery muddied the waters for the top three teams.

However, the 76ers rolled the dice on the former Kansas centre and look set to pair him with Nerlens Noel as a possible future “twin towers” in their front court in the future.

“It is different. Disappointed, I wish I could be there,” Embiid said in an interview during ESPN’s draft broadcast. “But I’m excited the Sixers took me. I still can’t believe it. I started playing basketball so late, it just means that anything is possible. …

When asked about not being taken at number one as many tipped, Embiid was philosophical.

“For my back injury, it hurt me. But I saw the doctors and they said I was going to be fine. And unfortunately this foot injury happened a week before the draft. But I believe in God and God knew what he was doing, I’ve always said that and I’m going to just keep praising him,” he said.

Known for his defensive presence during his time with the Jahawks, Embiid allowed 0.88 points per play and 50.0 field goal percentage as the post defender during the first 14 games of the season.

All of which is remarkable given last season as only the fourth in competitive basketball for the native from Cameroon, all of which points to more learning in the NBA but a massive upside if his body can stay together. 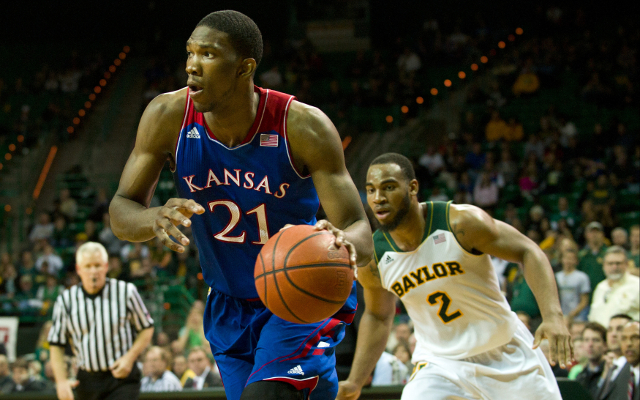