Former Cincinnati Reds star Pete Rose is still the all-time leader in MLB hits with 4,256, but he has been unable to make the Hall of Fame due to a gambling scandal in his stint as the Reds’ manager.

Rose was accused of betting on baseball games when he was both a player and manager, and he received a lifetime ban from baseball as a result. Banned players became ineligible for Hall of Fame induction in 1991.

This came shortly after Rose’s stint with the Reds came to an end. He spent the majority of his 24-year career with the Reds but also played five seasons with the Philadelphia Phillies.

However, Rose may finally be able to get his long-awaited Hall of Fame induction as he has filed a formal request for reinstatement to new MLB commissioner Rob Manfred.

Manfred’s predecessor, Bud Selig, refused to reinstate Rose, but Manfred said that he is open to making the player known as “Charlie Hustle” eligible.

“I want to make sure I understand all of the details of the Dowd Report and Commissioner [Bart] Giamatti’s decision and the agreement that was ultimately reached,” Manfred told ESPN.

“I want to hear what Pete has to say, and I’ll make a decision once I’ve done that.” 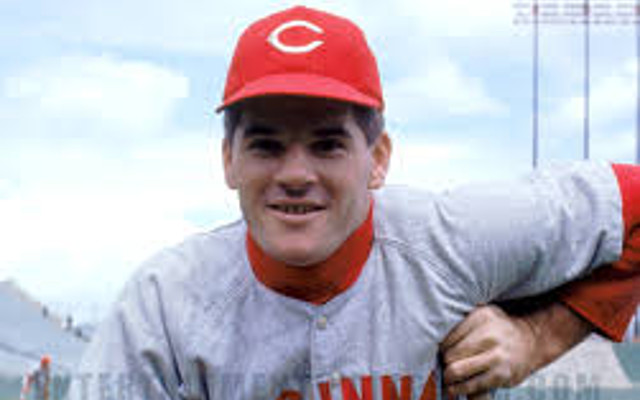 Private: Notebook reveals that Pete Rose did not just gamble as a manager