Penrith Panthers & New Zealand star Dallin Watene-Zalezniak could miss Friday’s ANZAC Test after he was charged for a dangerous throw in his side’s win over the Cronulla Sharks on Sunday.

Watene-Zelezniak was handed a grade one dangerous throw charge on Monday for a tackle on Sharks backrower Wade Graham during the clash at Pepper Stadium.

According to the NRL, the winger will still be handed a one-game suspension even with an early guilty plea, meaning he will mess the Test against Australia in Brisbane unless he successfully contests the charge.

Cronulla forward Chris Heighington is facing a five match ban after being hit with a grade three dangerous throw charge for his lifting tackle on Jeremy Latimore.

Manly Sea Eagles star Steve Matai is facing a one-week stint on the sidelines after a hit on Storm centre Will Chambers, in addition to being charged for making contact with a match official. 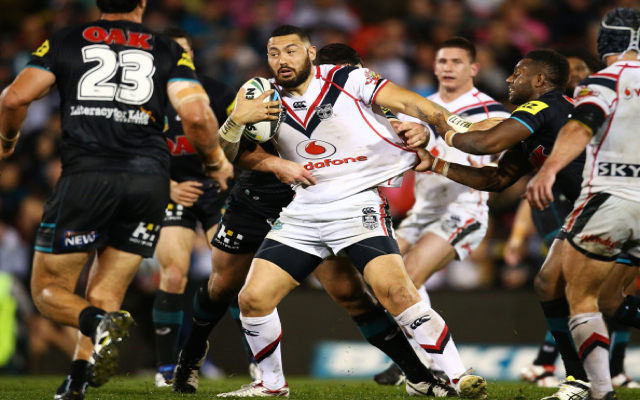 Bid launched for second New Zealand NRL team, to be based in Wellington