Penrith have moved to scotch rumours that former State of Origin prop Tim Grant could leave the NRL club.

Speculation became widespread that Grant could depart and possibly link with South Sydney after he was dropped from the Panthers’ side that lost to Parramatta on Saturday, having initially been named in coach Ivan Cleary’s 17-man squad.

It prompted the club to issue a brief statement on Monday saying Grant wouldn’t be going anywhere.

“It is my hope and I’m sure Tim’s hope, that he gets to play many more years with the Panthers, and that would be the best result for all concerned,” Panthers general manager Phil Gould said in a statement.

Grant, a 2012 NSW State of Origin representative, appeared to be on the outer at Penrith as far back as last year when he was dropped to the bench early in the season.

The local junior was left out of Cleary’s side for the opening two games of 2014 but played off the bench in the win over Canterbury a fortnight ago.

Cleary refused to speak in detail about Grant’s situation on Saturday, saying he didn’t have to justify team selections to the media.

Grant played for Penrith’s NSW Cup side against Wentworthville on Sunday, helping them to a 42-22 win at Ringrose Park. 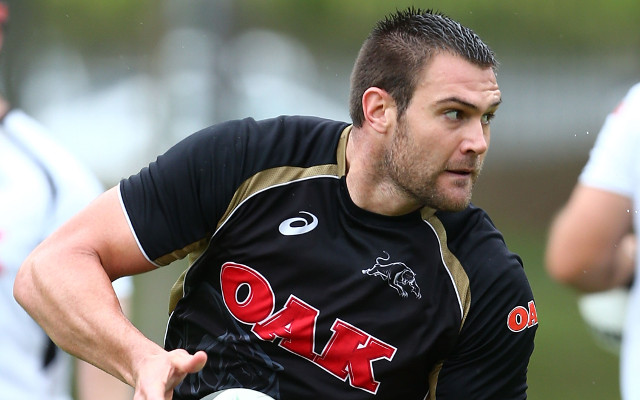