Following reports that Chelsea are edging closer to the signing of Barcelona star Pedro, we take a look at three ways Jose Mourinho can fit the Spanish international into his starting XI.

While Chelsea have plenty of options on the wings, the Spaniard is most comfortable out wide and could push Brazilian star Oscar out of the side.

Pedro has spent most of his career at the Camp Nou in wide positions, however, it look as though Mourinho has brought him to Stamford Bridge to play in a slightly deeper role than what he is used to.

The 28-year-old generally played on the either side of a front three before the additions of Neymar and Luis Suarez saw him drop down the pecking order at the Catalan club.

Nonetheless, Pedro has never been one to shirk his defensive responsibilities and will both press and track back in order to win back possession. 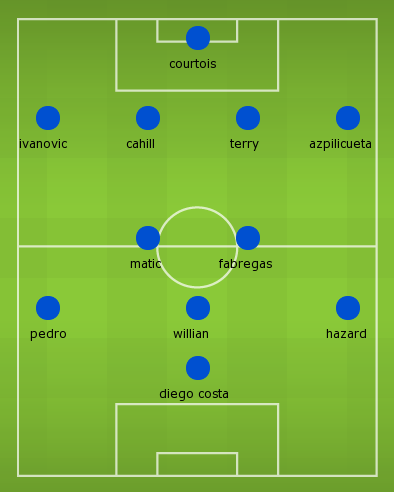