In a League Cup tie with Port Vale the young Scholes netted both the goals that sent United through to the next round with a 1-2 victory.

The Red Devils had won their first league title in 26 years the previous season under Alex Ferguson and the midfielder was about to be the linchpin in an era with the Scot that changed English football. 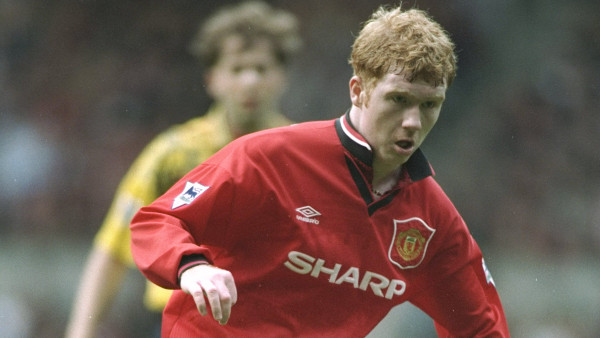 In the 1995/96 campaign Scholes got his first taste of what it was like to win silverware, as United secured both the Premier League trophy and the FA Cup.

Part of a group of youngsters making it into the first team from the youth system, the then 22-year-old joined the likes of Ryan Giggs, David Beckham, Nicky Butt and the Neville brothers in a fresh-faced and all-conquering team under Ferguson.