Eels finally land a big name for season 2014 after coming up short.

Just three rounds into the NRL season and rising star Corey Norman has pledged his career from 2014 onwards to the Parramatta Eels.

The 22-year-old will move to the Sydney club at the end of the season and said he had no problems making the announcement of his three-year deal so early in the year.

“I understand that under the NRL rules I have until round 13 to change my mind, but I just wanted Eels members, fans and sponsors to know that I will be standing 100 per cent by my decision to make the move to Sydney,” Norman told the Eels’ webiste.

“I have made a commitment by signing a contract and I will see that commitment and contract through.”

In the past to years the NRL has been rife with players reneging on deals with Tim Moltzen and Josh Papalli caught in bitter battles as their existing and potential clubs fought over their contracts.

Norman showed glimpses of what he is capable of last year with the Brisbane Broncos after taking over the coveted number six jersey of Darren Lockyer.

Possessing the skills and size to play from fullback to the halves, new Eels coach Ricky Stuart said he cannot wait to begin working with him.

“Corey has all the attributes to have a successful career in the NRL. He is big and confident, has all the skills and has served a good apprenticeship under some pretty decent playmakers up in Brisbane,” Stuart said.

Parramatta had targeted some of the biggest free-agents in the game this year, includingwests Tigers Robbie Farah and North Queensland’s Jonathan Thurston but had failed to land any of them.

However, Norman’s signature will give the Eels some hope of climbing back up the NRL ladder in the future with recent seasons seeing the Eels struggle for consistency. 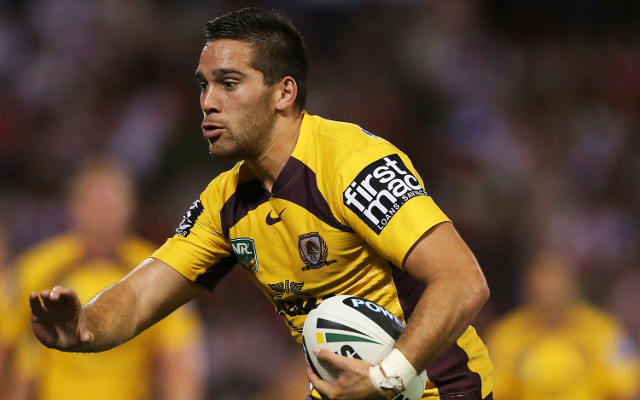 Corey Norman still has a place with the Broncos – for now