Parramatta Eels forward Kennedy Edwards is reportedly facing a nine-month ban from the NRL after he allegedly took a drug test on behalf of a teammate.

According to The Daily Telegraph, Edwards will be ruled out for the remainder of the season after submitting a urine sample on behalf of teammate Kaysa Pritchard in February.

It is believed the test was not undertaken by Australian anti-doping body ASADA and any punishment would be handed down by the NRL instead.

The NRL Integrity Unit has been following the case and will reportedly slap Edwards with a back-dated nine-month ban.

According to the report, the test was for illicit drugs, not performance enhancing.

Parramatta head of communications Josh Drayton confirmed that the incident had occurred.

“Both players are remorseful regarding the incident and have provided their full co-operation during the investigation period,” Drayton told The Daily Telegraph.

“The club notified the NRL after it was bought to its attention and we are pleased with the way the integrity unit has handled the matter.

“While the club does not condone this behaviour, we strongly believe in looking after the welfare of our players and we will continue to provide them with assistance over the coming months.”

Edwards is currently out with a knee injury and has not yet featured this season. 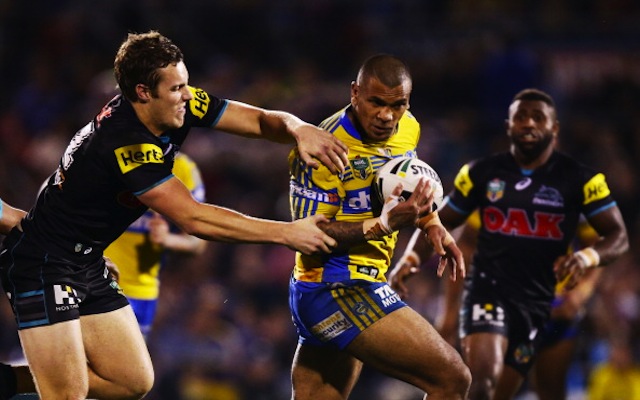