New Sunderland boss tired of repeating stories of past.

New Sunderland manager Paolo Di Canio has hit back at the storm of criticism over his political beliefs.

But the Italian’s arrival at the Stadium of Light has already stirred controversy due to his far right-wing politics.

The former Lazio, Celtic and West Ham striker has previously admitted to having fascist leanings and in 2005 said: “I am a fascist, not a racist”.

And Piara Powar, director of Football Against Racism in Europe, has called on Di Canio to soften his political beliefs to avoid setting a bad example in such a high-profile position.

But in a statement released by Sunderland on Monday, Di Canio made it clear that he was hurt by the accusations.

“I don’t have a problem with anyone. I don’t know why I have to keep repeating my story, to be defending myself on something that doesn’t belong to me every time I change clubs,” he said.

“Talk about racism? That is absolutely stupid, stupid and ridiculous.”

And Di Canio is adamant he doesn’t deserve to be criticised because he feels his political views have been exaggerated to create a negative impression of him.

“What I can say is that if someone is hurt, I am sorry. But this didn’t come from me – it came from a big story that people put out in a different way to what it was,” he said.

“The people who know me can change that idea quickly. When I was in England my best friends were Trevor Sinclair and Chris Powell, the Charlton manager – they can tell you everything about my character. 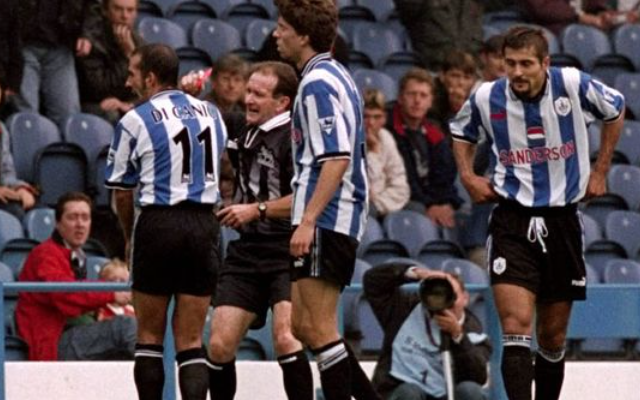