Sicilians admit there is English interest in hotshot striker.

Serie A giants Palermo have confirmed that there is interest from Manchester United in striker Paulo Dybala, and have appeared to give the Premier League side the go ahead to make their move, the Metro reports.

Several sides across Europe, including Premier League rivals Arsenal, have been linked with the Argentine striker in recent weeks, as his goals have helped Palermo climb up the Serie A table.

And though the club refused to entertain offers for his services during the January transfer window, president Maurizio Zamparini confirmed that he could be persuaded to open talks with United over the summer.

“This year he has exploded, but I already knew that he was very good,” said Zamparini.

“The boy is now in the hands of some people who don’t wish him well. It’s difficult to see him staying at Palermo.

“He’s a great lad, who has been corrupted by bad advice. Now he’s advised by people who only see him as money making tool and nothing else.

“Dybala is worth over €40m but I won’t sell him until June. Many foreign clubs asked after him, including Manchester United.

“I told the English side that he is not for sale right now, but we can talk about it again in six months. In my view, he is the best striker in Europe at the moment.”

United have had the 21-year-old scouted extensively so far this season, most recently during last weekend’s clash with Inter Milan. 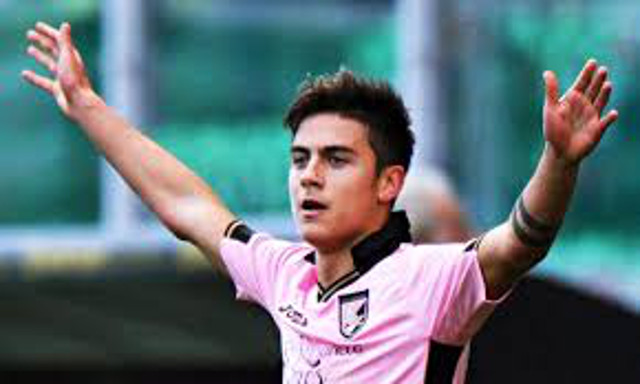