New York Knicks owner James Dolan had some choice words for an angry fan in a response letter.

The New York Knicks are the worst team in the NBA as they currently hold a 10-41 record, which gives them good odds to have the first overall pick in the draft.

President Phil Jackson and head coach Derek Fisher have not achieved the results that were expected yet, and the Knicks fans are growing more frustrated with their team’s struggles.

One particularly fan vented his frustration in an angry letter to owner James Dolan.

Dolan responded to this fan in a harsh manner as he told him that he must have a sad life while calling him hateful and wondering if he is an alcoholic. He even suggested to the fan that he root for the Brooklyn Nets.

This couldn’t have been a better illustration of the Knicks’ season.

Bleacher Report released a link to the full letter through Twitter.

Knicks owner James Dolan to angry fan: Start rooting for the Nets because the Knicks dont want you http://t.co/PNJ1oxsCfM 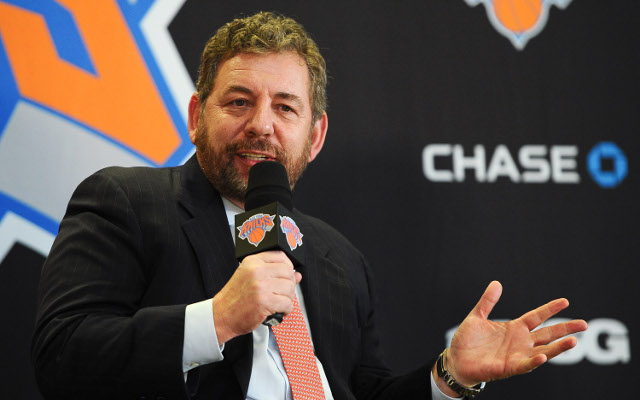