The Citizens complete the signing of the Argentine on a two-year deal.

Demichelis played for City manager Manuel Pellegrini for two years at Malaga after joining from Bayern Munich and also worked with the Chilean at River Plate.

The 32-year-old joined Atleti on a free transfer this summer, but then jumped at the chance to rejoin Pellergini at Eastlands. 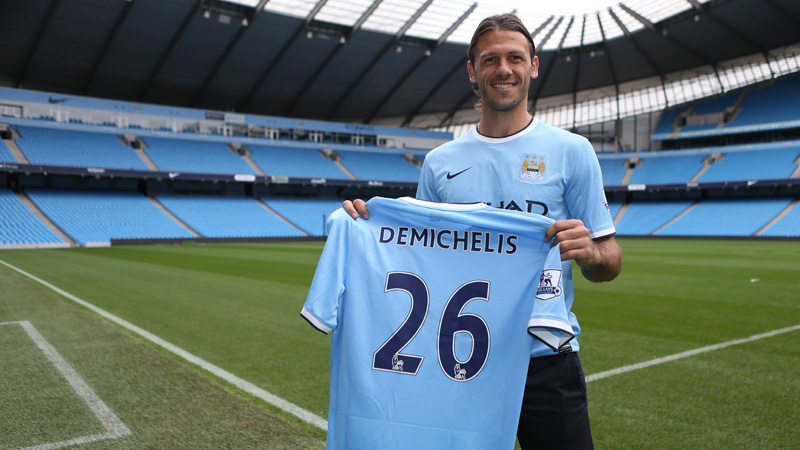 “I am delighted to have joined City because I am still hungry for success and want to improve,” Demichelis told the club’s website.

“I have been in Europe for 11 years now and this was a great chance for me to play in the Premier League with such a big club.”

The Argentina international will bring a wealth of experience with the defender to the Etihad Stadium, having won four Bundesliga titles and four German Cups whilst at Bayern and two Argentine Primera trophies with River Plate.

Demichelis will act as much needed cover due to the long-term injury to captain Vincent Kompany and Mateja Nastasic has also only just returned to first team action.

The Argentinian becomes the fifth new addition at City since Pellegrini took charge, with Fernandinho, Jesus Navas, Alvaro Negredo and Stevan Jovetic having all been signed for a combined total of nearly £100m.