Wigan’s Holt has joined the club on-loan until the end of the season.

Aston Villa have announced that Wigan Athletic and former Norwich City striker Grant Holt has joined the club on-loan until the end of the season.

Holt will reunite with Villa manager Paul Lambert, who worked with the 32-year-old for three years whilst in charge of the Canaries.

The forward joined Wigan last summer for a £2m transfer fee, but has failed to truly cement a regular place at the DW Stadium and has managed to score just two goals in 21 appearances. 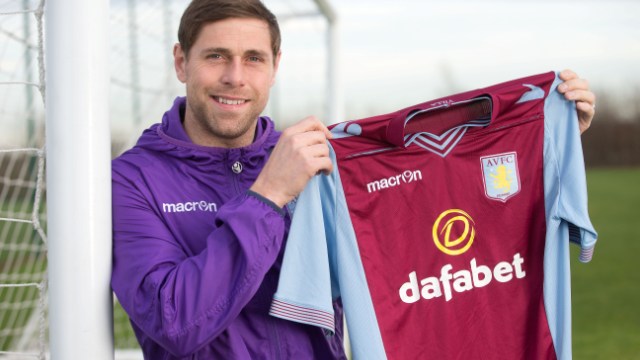 However, Lambert wants attacking support after Libor Kozak broke the 24-year-old’s leg in training and was subsequently ruled out for the rest of the campaign.

“Losing Libor was a blow to us, obviously. When I knew Grant had become available it was something I wanted to pursue quickly because he’ll add strength and experience to what is still a young squad overall,” the 44-year-old told the Villa website.

“Having worked with him for three years at Norwich, I know what he can do and that’s important.”

Despite struggling with the Latics, Holt had a fine scoring record with Norwich and finished a four year spell at Carrow Road with 78 goals in 167 appearances.

The attacker will now join the likes of Christian Benteke, Gabriel Agbonlahor and Andreas Weimann at Villa Park in competing for a place up-front and the player is relishing the opportunity.

“If you just look at the likes of Christian, Gabby and Andi and then the players behind them, you can see what quality is here,” Holt said.

“To be able to come back into the Premier League, especially at a club as big as Villa, is fantastic and it’s a an opportunity for me to work with the gaffer and his staff again as well.”