The official player ratings for the FIFA 15 game have been released, with a whole host of top stars having been rated for the new title. These are the players taking up the positions from 50th to 31st in a list of the highest rated: 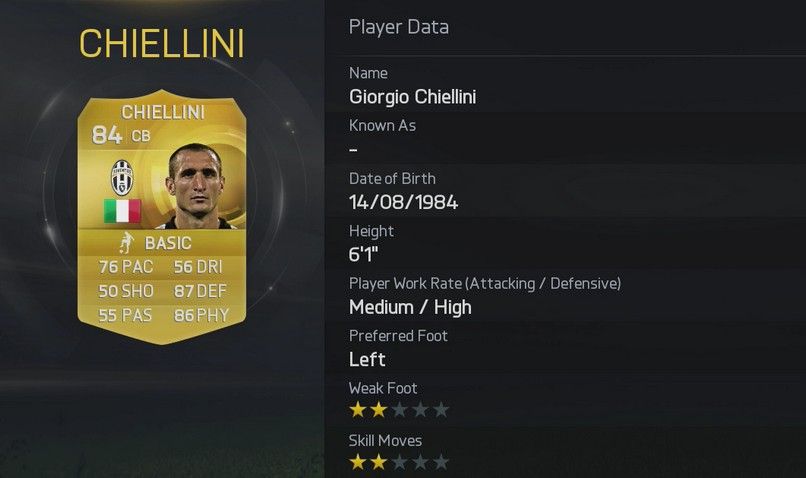 50) Giorgio Chiellini (84) – The Juventus centre back is one of the world’s most solid defenders and squeezes into the top 50.