The Oakland Raiders have announced the release of quarterback Matt Schaub, who was unable to recover from a rough ending to his stint with the Houston Texans.

The Raiders had traded for Schaub for a sixth-round pick, but this backfired greatly as Derek Carr won the starting quarterback job after being selected in the second round by the Raiders.

Schaub struggled for the Raiders in their preseason games, so they had no choice but to bench him. His fate was sealed after the Raiders signed former Minnesota Vikings quarterback Christian Ponder.

Ponder will compete with Matt McGloin for the backup job as Carr looks to take the next step forward after a promising rookie season.

Raiders announce the release of QB Matt Schaub, with Christian Ponder coming in to take his place. 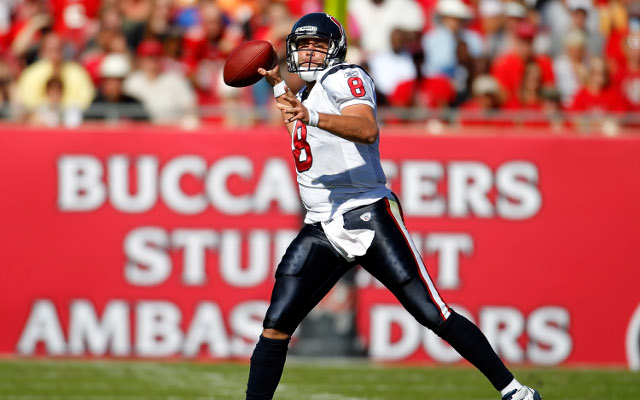