Home side simply too good for Queensland, who played catch-up all game.

The New South Wales Blues have taken a huge stride towards recapturing the State of Origin crown, after downing Queensland 14-6 at ANZ Stadium in Sydney.

For most of the game, the Blues simply showed too much energy and commitment to the task while also limiting the mistakes that could have seen the Maroons stage a trademark comeback in the second half.

Victory in the opener of the three game series is the first time the Blues have performed the feat since 2008, as they look to break Queensland’s stranglehold of seven straight winning years.

The home side jumped out of the blocks quickly as Jarryd Hayne, was one of the Blues’ best for the game, carried two Maroons across the line to make it 6-0. 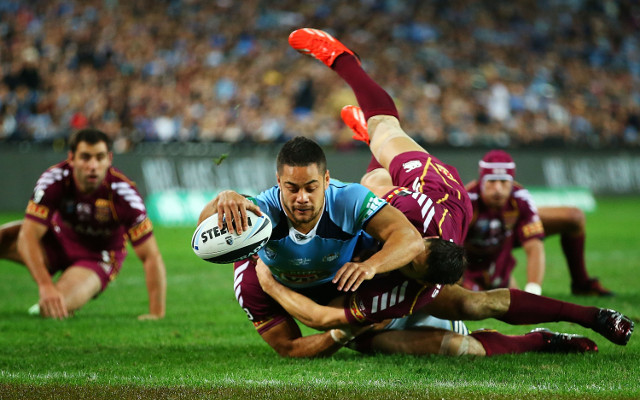 However, mistakes by NSW put them under pressure as Queensland peppered debutant winger Blake Ferguson with high kicks, all of which he handed well.

The first two penalties for the game went to NSW in quick succession, with Matt Scott giving away the second from right in front of the posts.

As a result James Maloney potted the penalty across the black dot to give the Blues a handy eight-point lead.

Andrew Fifita made an impact straight away off the bench as he made good metres every time he carried the ball forward, as the new faces to Origin for the Blues showed no signs of nerves on the grand stage.

Maloney made a crucial line-break before Queensland were penalised for lying in a tackle that was a close to a professional foul.

Despite being on top and having all of the running, NSW opted to again go for the easy points, but the Orange-born five-eighth amazingly missed the relatively easy shot at goal.

The Maroons earned a penalty on the attack after Billy Slater was taken out off the ball, however, Nate Myles couldn’t hang onto a pass as the away side missed a golden chance to get into the game. 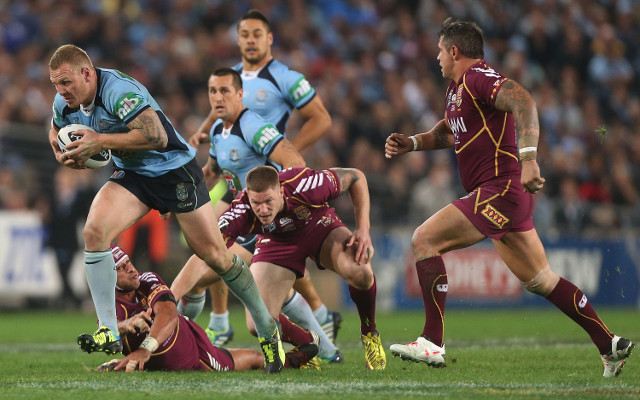 The bounce of the ball fell the way of New South Wales early, with several ricochets falling fortuitously allowing them to get on the front foot.

NSW were enthusiastic early in the game in defence, at times too much so, as they gave away penalties for off-side.

However, Queensland looking out of sorts after half an hour, but at only eight points behind, not much needed to turn their way in order for them to get back into the game.

And they got their wish when Michael Jennings scored next to the posts, after he cleaned up a split ball before a junking run saw him beat five Maroons players, in what was a vital try for the home side.

Tempers boiled over when Gallen hit Myles with two flush punches after the pair exchanged words stemming from a swinging-arm tackle by the Cronulla captain. 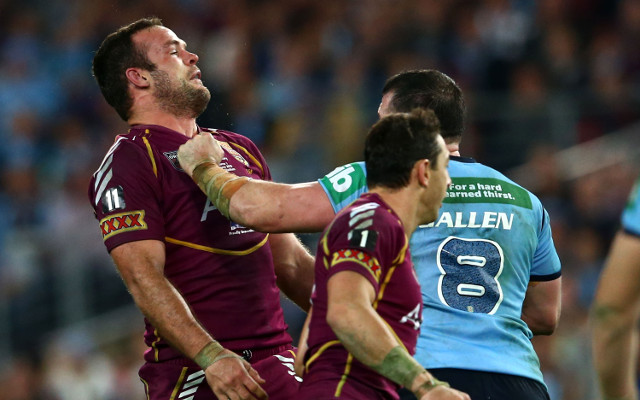 Gallen was put on report for the tackle, but stayed on the field for the two punches, which clearly landed on Myles’ chin.

NSW took a 14-0 lead into the break with Maroons hooker Cameron Smith saying they were off the pace the entire first 40 minutes.

“We just have to slow the play the ball down because they have been able to get on a bit of a roll,
we’ve had some good opportunities down there end by we haven’t been able to complete,” Smith said.

Corey Parker provided a spark off the bench for Queensland, however, Cooper Cronk, Johnathan Thurston and Greg Inglis had quiet first halves.

NSW were mindful of starting the second half with plenty of energy again, and the managed to do so.

However, Queensland looked to have scored through Smith but he was just held short of the line, with the on-field and video referee agreed there was double movement in the lead-up.

The Maroons got into the game when they made the home side pay for a mistake further back down field, allowing Inglis to set up Darius Boyd for his 10th Origin try. 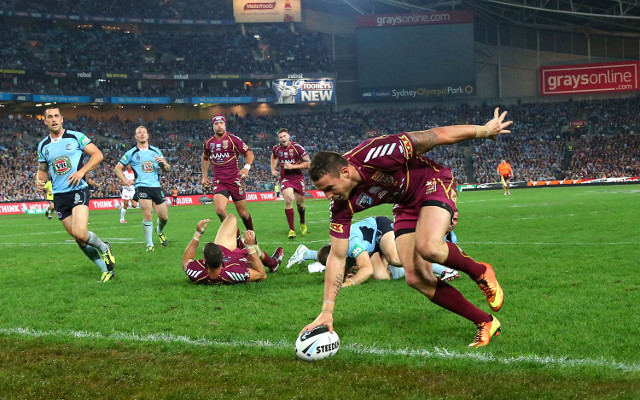 Cameron Smith converted from the sideline to make it 14-6 with 18 minutes left with the try sparking the away side as they showed plenty of urgency after the restart.

With five minutes left and time running out for Queensland, Ashley Harrison knocked-on near the half-way line giving the Blues a chance to grind their opponents into the ground.

Hayne pulled off a vital tackle on Slater who had made the break but the pressure was revealed when Greg Bird belted Sam Thaiday in a jolting tackle to see the ball fall free, allowing the Blues to win the all-important first game.