League bosses say money will be turned back over into the game.

The Australian Rugby League Commission is counting on a record financial surplus of $40 million this year, much of which will be invested into the sport.

ARLC chief executive Dave Smith told Monday’s The Australian Financial Review the forecast result would be in sharp contrast to last year when the organisation recorded a $3.5 million loss.

“The sport will finally have money in the bank,” Smith said. “Last year we made a loss and basically the business had no assets. So it is a big change.”

Smith said the commission’s investment fund would be a big part of ensuring the sport’s financial viability and would be used towards stadium joint ventures, ticketing assets, new technology ventures and the possibility of a dedicated NRL television channel.

It is good news for Smith, the former Lloyds International CEO, since he took over at the ARLC on February 1.

He has faced media criticism and had to deal with an investigation into rugby league by the Australian Sports Anti-Doping Authority in his first days in charge.

Smith told the newspaper that National Rugby League crowds were up 6.5 percent this season compared to last year and that television ratings had improved by seven percent.

The NRL is in the first year of a five-year broadcast deal worth a combined $1.2 billion. 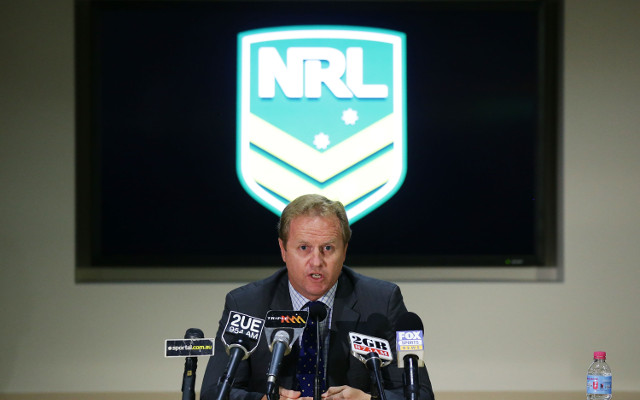