Cowboys earn back-to-back wins in the NRL to be in touching distance of top eight.

The end margin might suggest it was a walk in the park for North Queensland but they were made to earn their sixth win of the NRL season.

North Queensland secured their second victory in as many games as they defeated the Sharks 24-4 at 1300 Smiles Stadium, to find themselves just outside the top eight.

The Cowboys led by just six and as the Cronulla side threw everything they had at their opponents for the first 50 minutes.

But mistakes late in the game ensured North Queensland would start to gain some traction in their season, which to date, had been well below expectations.

Man-of-match Tariq Sims said the Cowboys cannot waste any more time or risk being on the outside looking in when finals roll around.

“We really needed that game with the Tigers winnings against the Storm, we need to start climbing the ladder,” Sims said.

“We had some strong points but we’re still shooting ourselves in the foot so we still have plenty of things to work on, but we had a great turn out so it was great to get that win for the fans.”

Sims, who has had a shocking run with leg injuries in the past two years, said it was great to be back playing 80 minutes in the Cowboys’ back-row.

“The coaching staff we have been the big reason why I have been able to get back to where I am after the injuries I have had,” he said. 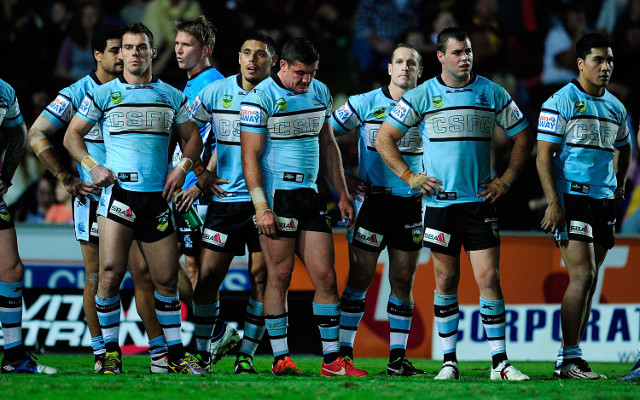 Cronulla went into the game without skipper Paul Gallen, Beau Ryan and Michael Gordon with the trio ruled out of the side just before kick-off.

Kane Linnett opened the scoring for the game and the Cowboys as they made the most of the
changes the Sharks were forced to make due to injury.

North Queensland earned six tackle busts inside the first 10 minutes as they made up to 60 metres with every set of six.

Cronulla’s line speed was below par and allowed the Cowboys playmakers all of the time they needed to set up their side’s attacking raids.

James Tamou, fresh off his two-game suspension, helped lay a solid platform for the Cowboys but they started to show cracks around the middle of the ruck.

The Sharks began to win the battle of the ruck and the quicker play the balls helped the visitors get onto the front foot but a play for Andrew Fifita close to the line did not come off, resulting in a turnover.

Cowboys’ Ashton Sims was placed on report in the 23rd minute for a knee to the head of Nathan Stapleton as the Cronulla player looked to get up and play the ball. 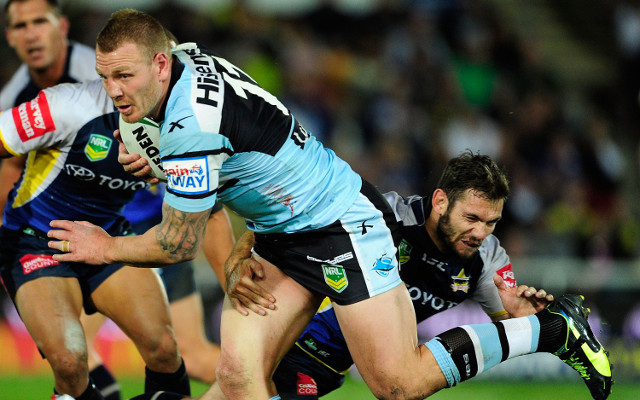 Thanks to the penalty the tide of the game continued to turn for the Sharks, who despite the glut of possession, were unable to crack the line of the Cowboys as they defended well on their own line.

Carney and Luke Lewis finally combined well on the Sharks’ right edge as the backrower ran an aggressive line back towards the posts to twist and slam the ball down to make it 4-4.

The Cowboys continued to have problems at the back under the high kicks from Carney, with Ashley Graham looking to have knocked an attempted catch with Clint Greenshields also failing to take several attempts on the full.

Mistakes by both sides halted their momentum towards the end of the first half as the side’s went into the changerooms locked up at 4-all.

Gavin Cooper gave the Cowboys the perfect start to the second half as a decoy runner gave him the room he needed to wrestle his way across the line to make it 10-4.

The game descended into an arm-wrestle as the Sharks struggled to strike back with the next try set to be a decisive one depending on the scorer. 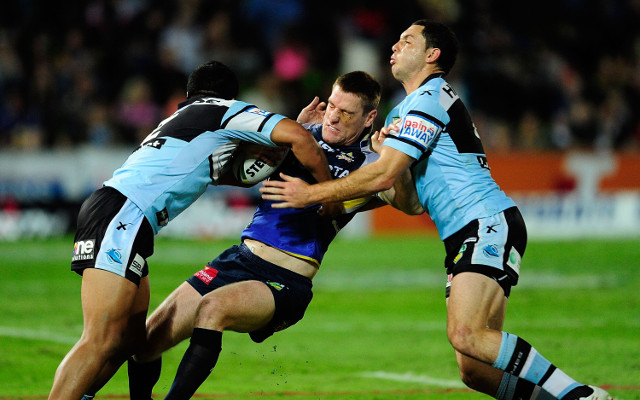 North Queensland earned a penalty in the 70th minute for the Sharks being offside after a bomb,
with Jonathan Thurston electing to take the kick for goal to soak up time and possibly put his side in front  by more than a converted try.

And the skipper made no mistake as he slotted the kick to make it 12-4 with nine minutes left.

Jonathan Wright then offered up the result for the Cowboys on a silver platter, as Thurston scooped up a dropped pass before setting up Antonio Winterstein scored his 10th try for the season to make it 18-4.

After a failed short restart by the Sharks, the Cowboys piled on the pain as Linnett grabbed his second for the game and the margin quickly blew out to 20 where it would remain at the final siren.

North Queensland will travel to Canberra next weekend as they look to defend their home record which see them remain as the only undefeated side at home this season.

Cronulla will be keen to bounce back when they tackle the Wests Tigers at Toyota Stadium.