After four years and two Pro Bowls with the New York Jets, CB Antonio Cromartie was cut and not re-signed even though he offered a discount.

Arizona Cardinals CB Antonio Cromartie says he would be open to a reunion with both the New York Jets and Jets head coach Todd Bowles.

“I’m leaving the door open, until the Super Bowl is over with I’m still an Arizona Cardinal. Until they come to me about a contract, I’m still an Arizona Cardinal,” Cromartie said Friday on NFL Network’s NFL Total Access. “But once (free agency) hits and no one’s offered me a contract, then I’m free game. And I’m open to anything to go out and try to win a championship and help any organization.”

Cromartie spent four seasons in the New York Jets under former head coach Rex Ryan, making two Pro Bowls in the process. Cromartie was cut after the 2013 season due to his large contract, but was willing to re-sign with the Jets at a discount. But former GM John Idzik was uninterested in bringing him back.

After the 2014 season, Rex Ryan and John Idzik were fired. Ryan’s replacement was Todd Bowles, Cromartie’s defensive coordinator during his 2014 season with the Cardinals.

“I think it’s a great hire,” Cromartie said of Todd Bowles . “The reason why I say that is he’s one of the smartest coaches I’ve been around. I’ve been around Rex (Ryan), I’ve been around our defensive coordinator (with New York Jets) in Dennis Thurman — those guys are smart. Being around a guy like Todd Bowles, who can tell you exactly what an offense is gonna do just by from the offensive linemen to how the quarterback stands in the backfield or where the running back is, that just speaks volumes on what kind of time he puts into his work.

“When you bring in a guy like Todd Bowles, who’s from New Jersey, grew up in Elizabeth, New Jersey, and he’s back at home, I think he’s gonna love what he’s doing.” 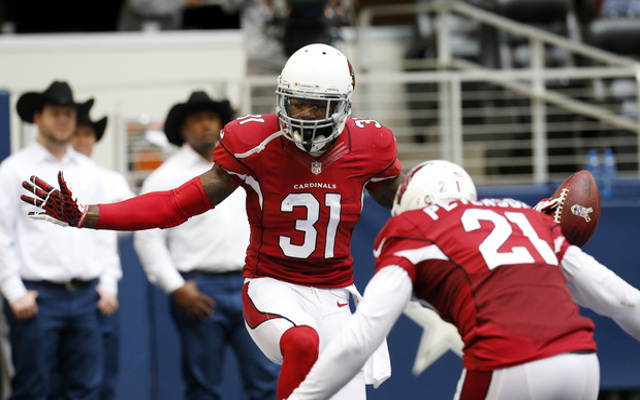