North Queensland bounce back to form in the wake of Neil Henry being sacked.

Victory for the Cowboys was not the biggest talking point from the clash, after Newcastle prop Kade Snowden was sent off in the 65th minute after a sickening shoulder charge to Ray Thompson.

Thompson was taken from the field and sent to hospital for X-rays with a suspected broken jaw, in what would be a bitter blow for the Cowboys who have now won their past four games and now sit in eighth place. 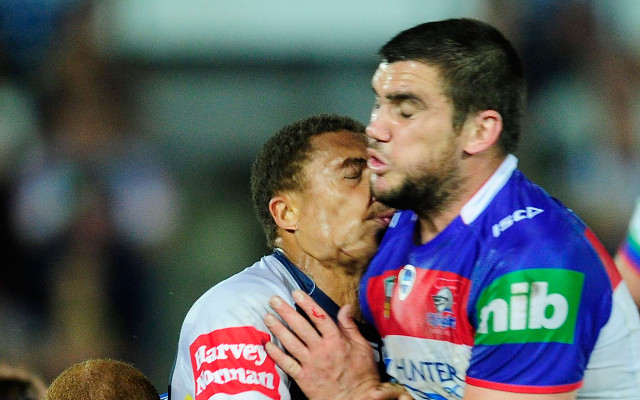 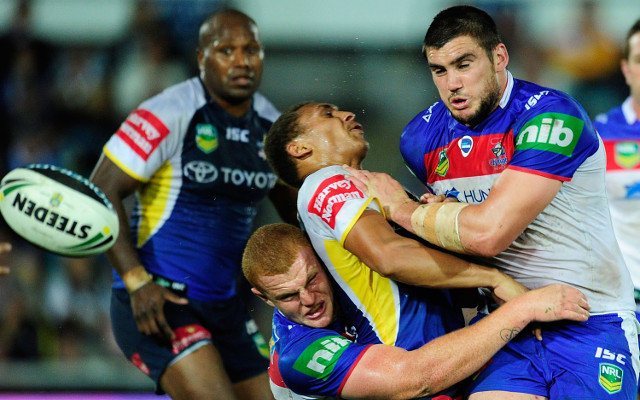 Amazingly for the Cowboys their season has been taken off life-support after seemingly being dead and buried just a month ago.

At that stage they had only secured five wins from 17 games with the record enough to see the board tell coach Neil Henry his services would not be required for 2014.

Since then the side has gone on a tear and now face the prospect of their finals’ destiny being in their own hands if Canberra lose to Manly on Sunday.

The Knights woke from a 14-nil first-half slumber to get themselves back into the game through a classy 43rd minute try to Darius Boyd and looked set to threaten a comeback but for a series of incredible try-saving tackles.

Bowen pulled off the first on a flying James McManus before Thurston, Kane Linnett and Antonio Winterstein combined to deny Akuila Uate and Dane Gagai in the same passage of play.

Fullback Bowen then backed up those heroics when he set up a second try for Wayne Ulugia.

But the send off of Snowden slammed the door shut on the Knights’ chances as Robert Lui scored just three minutes later to seal the vital victory.