Kiwi side continues its late-season charge in the NRL.

The New Zealand Warriors continue to be the surprise packages of the NRL after claiming another big scalp in the form of reigning premiers the Melbourne Storm 30-22.

In what was a high-octane game from start to finish, the home side sealed the win in only the last five minutes when fullback Kevin Locke plucked a bomb by Shaun Johnson out of the sky to score the impressive victory.

The win means the Warriors are on the cusp of breaking into the top eight after winning their seventh game out of the last eight. 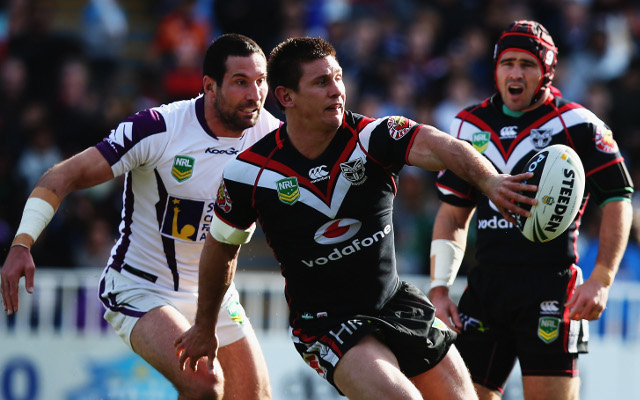 Amazingly the team looked no chance of playing a part in the finals after their round 10 clash with the Penrith Panthers, where they were thrashed 62-6.

In contrasting fortunes the Storm have now lost three of their past four games, with the air of invincibility that has normally followed Craig Bellamy’s men thinning.

The Storm found themselves down 18-4 at half-time and they could have been behind by even more if not for excellent cover-defense by Will Chambers who stopped Johnson scoring a run away try.

Melbourne then scored twice in four minutes as they climbed back into the contest to see them trail by just two points. 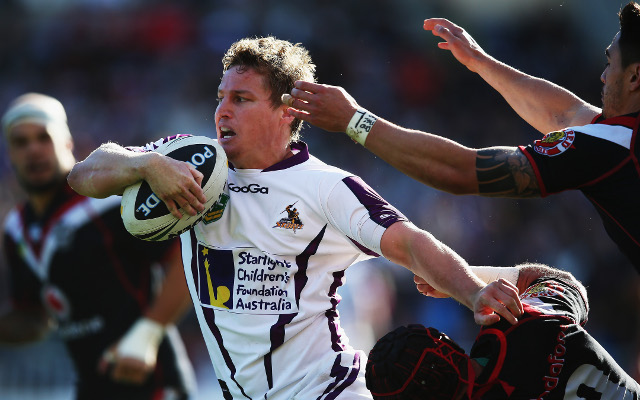 Konrad Hurrell scored his 10th try for the season to give the Warriors some breathing room at 24-16.

However, a heart-stopping finish was in the works when Cooper Cronk finished off a break by winger Sisa Waqa with the margin back to just two, before Johnson slammed down the winner.

The Warriors play the Cronulla Sharks next weekend in what shapes as a vital game in the context of the bottom half of the top eight.

Melbourne, who have lost touch with runaway competition leaders South Sydney and the Sydney Roosters, play the Canberra Raiders on their home-turf.