Sydney Roosters stunned as they fall to the rampant side from across the Tasman.

The New Zealand Warriors have shown they will be a force to be reckoned with in the second half of the NRL season, after their 23-12 victory over the Sydney Roosters at Allianz Stadium.

After a horror start to the season, Matthew Elliott’s men have won their last four games in a row, the last time they achieved that feat was in 2011.

Shaun Johnson set up the Warriors’ first try, as he put Elijah Taylor into a yawning gap close to the line to see the backrower reach out to make it 6-0.

Konrad Hurrell forced a drop out after he drove Anthony Minichiello back 15 metres and across
the dead-ball line, with his effort typifying the steel in defence the Warriors had been missing for much of the season.

New Zealand showed a much-improved ability to build pressure when possible, through drop-outs mainly as the away side dominated early. 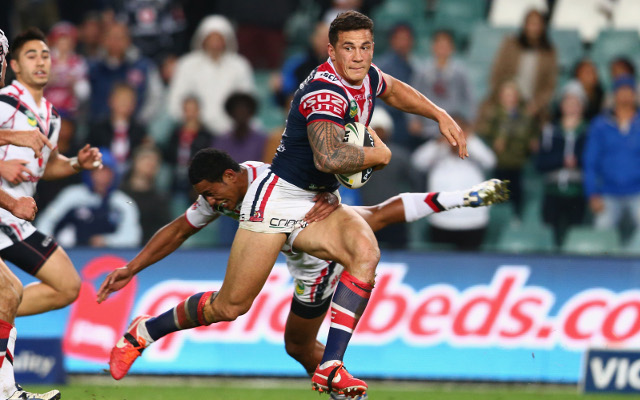 The Warriors crossed through Ngani Laumape with the try eventually approved by the video referee
after surviving extensive scrutiny for a possible obstruction.

Sydney continued to be their own worst enemies with five penalties inside 20 minutes, often giving the Warriors easy passage out of their own half.

The away side were winning the battle in the ruck as they often kept the Roosters to under 40 metres carried before getting to their kick on the last.

Roosters speedster Michael Jennings scooped up a loose pass and looked set to race away and score, but Johnson showed blinding speed to haul the Roosters centre down, with the sprint race bringing the crowd to its feet. 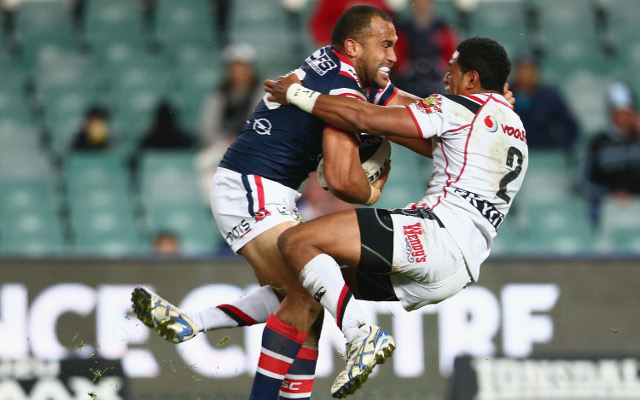 Sonny Bill Williams broke into the Warriors’ backfield before finding three sets of teammate’s hands, but the final pass was ruled forward as the home struggled to open its account for the game.

New Zealand scrambled well in defence to maintain their clean-sheet after 34 minutes, something they would not been able to do earlier in the season.

The Warriors had not kept an opponent scoreless in the first half for the entire year, and they were denied a chance to get off the mark when Sam Moa attempted to run over the top of Glen Fishiiahi, before off-loading to Minichiello to score.

A Todd Lowrie penalty allowed the Roosters to storm the Warriors line, and Williams did not need a second invitation as he stormed through a small gap to give the Roosters an unlikely lead at the break at 12-10.

Fishiiahi looked to have cleaned up a Johnson grubber kick, but he was ruled to have lost the ball in attempting to ground it in what was a bombed try by the visitors.

Three sets in a row for the Roosters via line drop-outs, as the home side continues to roll the ball into the in-goal area behind the big outside Warriors backs.

A flying Fishiiahi try out the Warriors back in front as they continued to push forwards, and when Manu Vatuvei scooped up a loose ball and ran the length of the field, New Zealand had an eight-point lead with as many minutes left.

Johnson nailed a penalty shot from right in front to give his side a vital 10-point lead as time ran out and desperation grew from the Roosters.

The final nail in the coffin was a field goal by Johnson as the Warriors showed level heads not to be flustered despite pressure from the Roosters.