Ill-discipline costs Wallabies a chance at redemption as All Black hoodoo continues.

New Zealand has won the Bledisloe Cup for another after showing too much class and precision beating Australia 27-16 in Wellington.

After dominating early in the game momentum swung towards the home side just before half time as they scored twice.

From there the All Blacks were never headed as they made Australia pay for any mistakes they made in the second half.

Christian Lealiifano continued his perfect record with the boot in international rugby,  as he opened the Wallabies account with a penalty in the 7th minute.

Both sides struggled to retain the ball as nine errors came between the two in just 18 minutes,
with the Test already much tighter than the previous week.

After a deliberate knock-down by the All Blacks the Wallabies lined up another chance on goal with Lealiifano missing for the first time in his Test career. 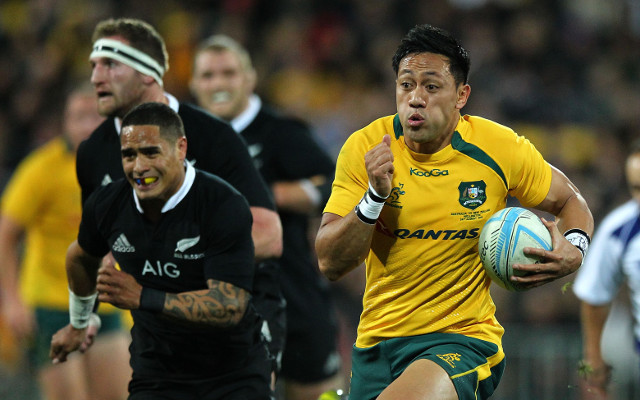 Aaron Smith then pulled of an amazing try-saving tackle after Lealiifano bust through the New Zealand line and looked destined for the in-goal area.

Smith hung on in the tackle in a bid to try and slow the ball down, and as a result, the Wallabies were given another shot on goal.

And this time Lealiifano did not make a mistake as the Wallabies doubled their lead as they turned pressure into points.

Ben Smith then scored the first try of the match when the All Blacks shifted the ball well down the short-side,  with the winger flying down the sideline to see the score become 7-6.

Tom Taylor landed another shot on goal as the lead grew to four for the home side in the 37th minute.

New Zealand pressured the Wallabies line heavily before the break and Smith bagged his second in what was a crucial attacking raid for the home side.

Despite being favored in possession and territory the Wallabies found themselves trailing by nine points at the break.

Taylor added the first points of the second half to make the score 18-6 to the Kiwis as Australian coach Ewan McKenzie brought on several fresh legs in the hope of sparking his side. 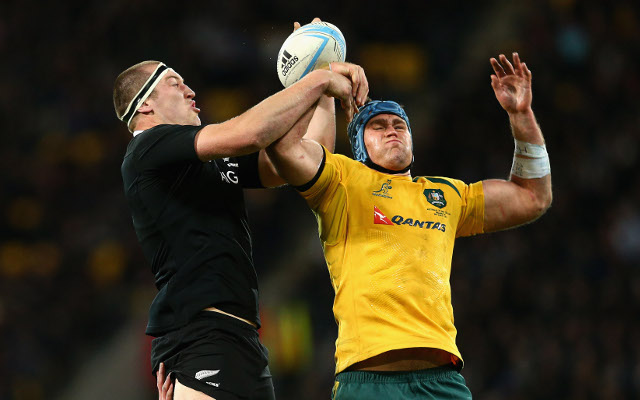 New Zealand padded their lead by another three when Rob Simmons was penalised for not rolling away in the ruck, as the game started to drift away from the Wallabies.

Australia was given an outside chance of an upset win when Israel Folau score an intercept try to drag the margin back to eight with seven minutes remaining.

However, it wasn’t to be as the home side added another penalty to continue their stellar run against the Wallabies, who have not won on New Zealand soil since 2001.