See how your favourite Proteas or Black Caps player rated in their World Cup clash.

The Proteas looked out of the running as Kane Williamson and Ross Taylor put on a big partnership, before Steyn and the rest of his side fought back to win on the final ball by two runs.

Was the first man out and only made four from 12 balls. Not good enough from an opener in T20 cricket.

While he got the second highest score with 41, the fact it came from 56 balls saw extra pressure placed on the batsman around him. Struggled to turn the strike over on a slowish pitch.

Tried to play shots but it cost him wicket for just 13 off nine as the skipper went down swinging. Made a mistake in the field in now bowling Steyn for a second over after he went for only one in his first.

Another of the top-order to fail as he was a victim of some very good bowling from the Kiwis. 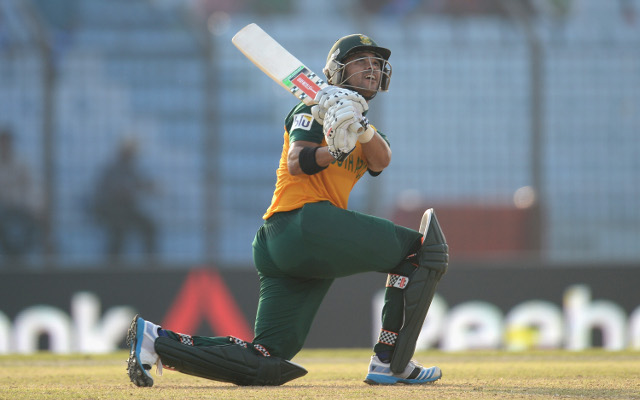 Sensational innings as he paced the Proteas time at the crease to perfect and manged to accelerate when it mattered towards the end. Played some stunning improvised shots for his 86 off 57 balls.

Only had 6 off 16 but was the victim one one of the strangest caught and bowled dismissals ever seen as Corey Anderson took the catch after it ricocheted off the non-striker’s bat.

Looked to hit out and managed a small cameo innings of 13 off 11 when batting. Was brought on early with the ball and had 13 runs taken from him, helping the Kiwis
break the shackles.


Extra pace and some movement had the Black Caps top-order in trouble early, with just one run coming from his first over. Took late wickets to get his side back in the hunt, showing why he is so dangerous at all levels.


Was belted for three sixes by Ross Taylor as he went for 36 off his first two overs. And it only went from bad to worse as he finished with 0-50 off just three.

Dropped a catch in his first over, and although it was tough, it needed to be taken. Made up for it when he  fooled McCullum by bowling wide.  After his early wicket, his accuracy left him as helped New Zealand to some easy runs only to get a late vital wicket of Colin Munro.

Also started slow, but finally got his innings going after three overs. Held out for 22 off 25 balls when he skied an attempted pull shot off Morkel.

After being tied down by the opening bowlers, Williamson took aim at Morkel and got the Black Caps’ run-chase started finally. Got his highest score in International T20, before being dismissed by a sensational catch from AB de Villiers.

Needed to kick on with his innings, but was made to look silly after being well out of his crease against Imran Tahir. 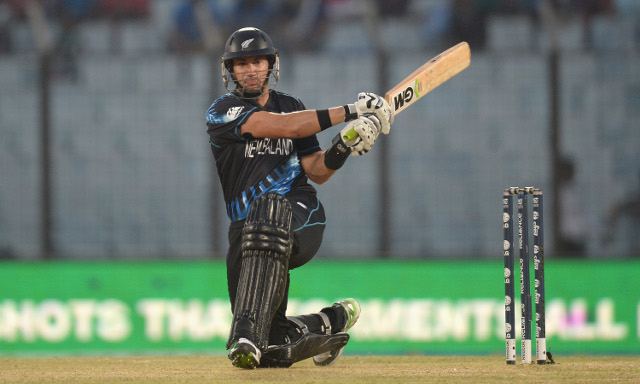 
After getting his eye in, took aim at Morne Morkel and took 20 off one over and took over well when Williamson was dismissed. Continued on where Williamson left off and was the backbone of the innings through the final tense overs despite falling short.

Pulled off a brilliantly switch-hit boundary early in his innings. But got greedy and tried to hit Tahir again and gifted an easy chance to Amla in the outfield at a time when  New Zealand could not give their opponents hope of a comeback.

Did not make an impact, was fooled by a slightly slower ball from Steyn as he went almost without troubling the scorers. Managed to pick up two important wickets with the ball.

Looked like he might be dangerous but was removed by Dale Steyn thanks in large part to a sensational catch from de Kock.

Came in on the second ball of the last over of the game. After two dot balls he managed to clear the off-side and find the boundary. But he only hold out on the second last ball to put his side into trouble.

Solid without being spectacular with the ball.

Like Mills, except for getting a wicket, as he only went for a respectable 7 runs an over.

Got two wickets but was taken for 11.5 an over for his four overs which held him back from a higher rating.