MLB club gives a worthy nod to one of its most loyal servants.

The New York Yankees honored ace closer Mariano Rivera, who is retiring at the end of the season, with a pre-game ceremony, a performance from Metallica and the retiring of his number.

The Panamanian pitcher — Major League Baseball’s all-time saves leader — was joined on the field by team management, current and former teammates and his family.

“I appreciate you guys,” Rivera — who played his entire career with the Yankees — said to his fellow players.

“I thank you guys, I love you guys. You are special.”

Number 42 had already been retired throughout baseball in honor of groundbreaking black player Jackie Robinson, but those who were wearing it were allowed to keep it until the end of their careers.

“Even though I never met him, he has been a hero and an inspiration for me,” said Rivera about Robinson, whose widow and daughter were also present.

The festivities included a performance by Los Angeles heavy metal band “Metallica,” who played Rivera’s entrance song “Enter Sandman” as Rivera walked onto the field from the pitchers’ bullpen to a thunderous ovation from the crowd.

The San Francisco Giants beat the Yankees 2-1. Rivera entered the contest in the eighth inning but was unable to prevent the loss. 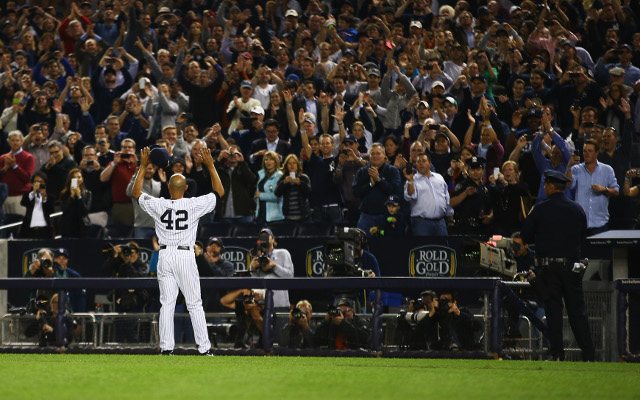 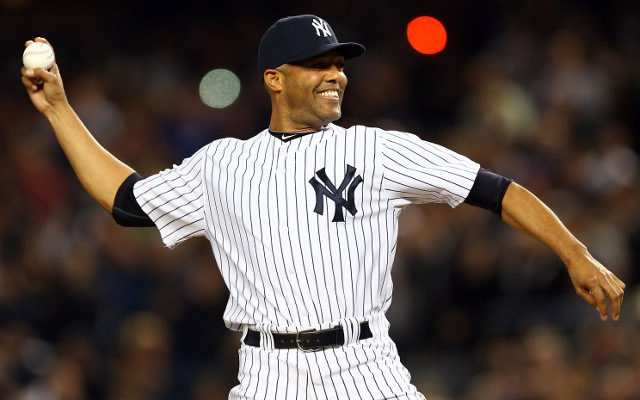