New York Rangers star F Mats Zuccarello is reportedly on the verge of being either cut or traded by the team after the two sides failed to reach a new deal together.

ESPN.com reported that contract talks between the Rangers and Zuccarello have reached a stand-still ahead of the NHL trade deadline, and the Rangers have told other teams that they would be willing to trade him.

The 27-year-old Norwegian led the Rangers in scoring with 59 points last season and has 12 goals and 35 points through 58 games this season.

Zuccarello told the media that he would like to stay in New York but realizes the situation is beyond his control.

“It’s out of my control,” Zuccarello said this past week in Philadelphia.

During the 2013-14 season, Zuccarello recorded career highs in goals and assists as the Rangers made it to their first Stanley Cup Finals appearance since 1994. But the Rangers would go on to lose the series 4-1 to the Los Angeles Kings. That year he also became the first Norwegian to participate in the Stanley Cup Finals.

Rangers coach Alain Vigneault also told the media following the skate that he was keeping his fingers crossed that a deal between the two sides could get done before Monday. 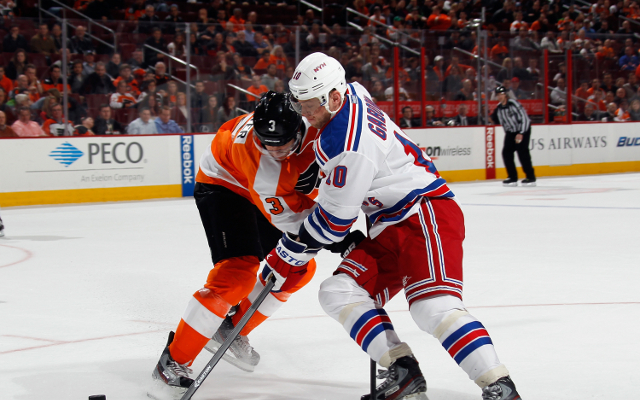