Arsenal officially launched their 2015-16 home kit on Monday night and now pictures of their new away shirt are circling the internet.

The Gunners will wear their new away strip in the second game of the Premier League season, which is at Selhurst Park against Crystal Palace.

Arsenal will start the league season at home to West Ham United a week earlier on Saturday August 8, subject to TV coverage.

The new away strip is not to everyone’s taste. The various tones of yellow, ranging from gold to mustard, are quite out-there.

Just in case you were unsure, the pictures are courtesy of FOOTYHEADLINES.COM! 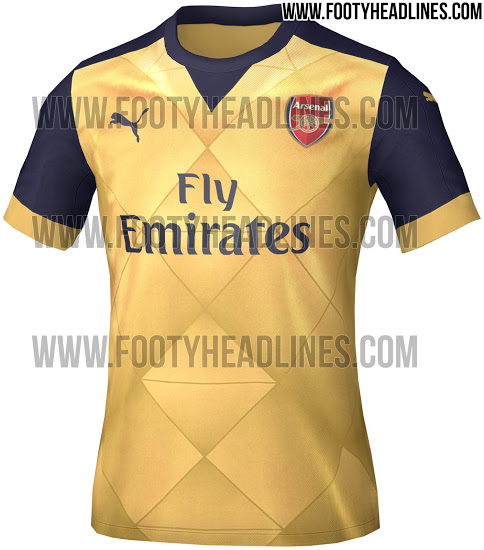