As NCAA brackets are filled out around the world in anticipation of March Madness 2015, the question remains as to whether or not any team can stop Kentucky.

The Wildcats players refused to cut down the nets after they beat Arkansas on Sunday to win the SEC Tournament, and the simple message coming out of the camp is that their work this season is not done yet.

Kentucky are looking to build on their 34-0 record and go unbeaten through a whole season, and given that the last time that happened was back in 1976 with the Indiana Hoosiers, it just shows what a sensational effort it has been.

With some of the top prospects in their team in the form of the Harrison twins, Willie Cauley-Stein and Karl Anthony Towns, the man running the show is enjoying the fact that his latest class of players are making life easier for him.

However, there is no denying that coach John Calipari is an integral part of their on-going success and he is one of the best at collegiate level who attracted interest from NBA teams last summer.

With his team available at around evens with most sportsbooks, this is ultimately a case of being their tournament to lose such is the confidence many experts and fans have in them to come through.

The other top seeds include Duke, Villanova and Wisconsin and out of those three teams Wisconsin may prove to be the most dangerous, but naturally opinion will differ.

Both Duke and Villanova could struggle in the early rounds with the former falling in the first round last year. They aren’t likely to suffer a repeat of that this time round but Coach Mike Krzyzewski leading them all the way to the championship game is a long shot.

As with every year, there will be a team that emerges from the 64-team field that produces some shocks, but there is one side that doesn’t look like they will suffer an upset any time soon.

Ultimately, discussions regarding the tournament winner always come back round to Kentucky. They simply have the best players, best coach and haven’t lost this season yet. Combined with the fact that it hasn’t always gone their way and they have battled through to find a way to win, it is going to take something special to deny Calipari and his men the glory that they are seeking over the course of the next three weeks. 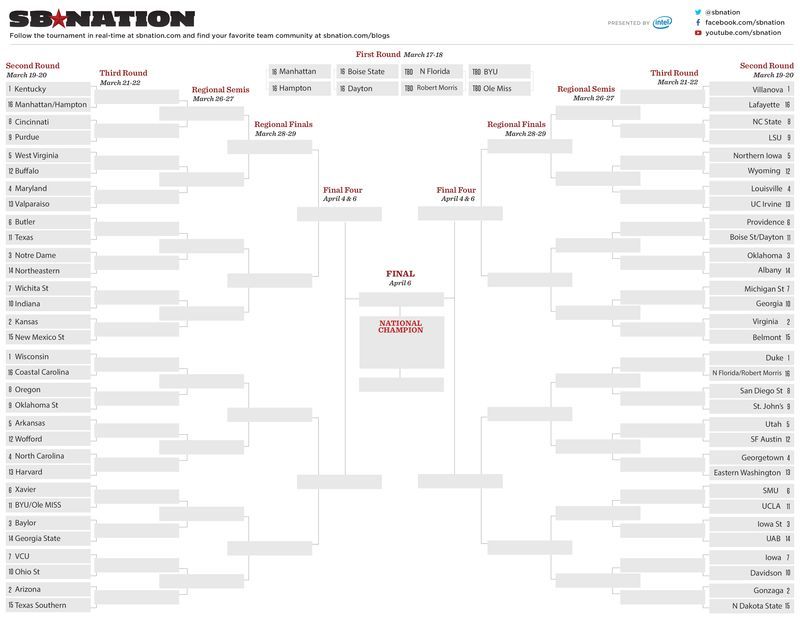