Magic rally late but just fall short against an in-form side.

The Oklahoma City Thunder have proven they have what it takes to win ugly this NBA season, after grinding out a 101-98 victory over the Orlando Magic at home.

It was the 12th victory this season for the Thunder in their own building as their title stock continues to rise.

However, the Orlando Magic showed tremendous grit to chip away at a double-digit lead in the fourth quarter, and were it not for a poor possession with 13 seconds left, they could have sent the game to over time.

With the Magic desperate to find an open three chance, the ball found its way into the hands of forward Glen Davis, with his ugly heave from beyond the arc, the last real chance his side had of causing the upset.

The Thunder are the first team in the NBA to open the season with 12 straight home wins since the Cleveland Cavaliers in 2008, according to STATS.

The franchise last started 12-0 at home to open the 1993-94 season, when the team was located in Seattle.

“I thought our defense was just up and down throughout the night and then we didn’t do a great job of executing down the stretch,” Brooks said.

“Those are things that we have to continue to work on and do a much better job with that. I think we have been doing a great job of that up until tonight.”

Kevin Durant had 28 points, nine rebounds and five assists, and Russell Westbrook added 20 points, 12 rebounds and six assists for Oklahoma City, which has won six straight overall and 14 of its last 15.

“They (Orlando) kept fighting to the end,” Durant said.

“We got some tough breaks, but we were glad we fought it out and got a win. They made a couple of runs but we were able to take the punch and keep pushing.” 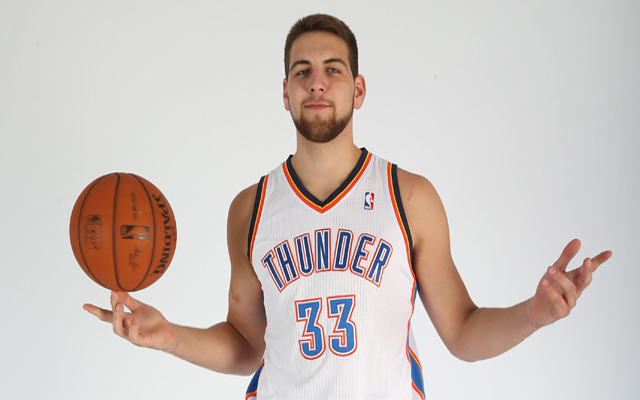