Brooklyn Nets general manager Billy King has insisted that the organisation has no plans to buy out or use the stretch provision on Deron Williams’ contract.

Williams has two years remaining on his current deal and he is owed $21m next season and then $22.3m the year after unless he exercises his early termination option and opts out of his final year which is highly unlikely.

When asked about the possibility of utilising either option, King merely responded, “No”.

The stretch provision allows a team to waive a player and spread the remaining money owed on his contract over double the length of that contract plus one year.

Ultimately, that results in paying the money over a longer period of time which in turn represents saving in the short term and allows the team to manage their salary cap space more efficiently.

In this case, it would be a difficult choice to make given that it would be a real disappointment if Williams didn’t perform to the level that he was previously capable of.

The Nets point guard averaged just 13 points and 6.6 assists per game last season while shooting a career-worst 38.7 percent from the field and the franchise caused the speculation themselves too by omitting Williams and Joe Johnson from their season-ticket holders letter last week.

However, King moved to explain that they focused on Brook Lopez and Thaddeus Young as they are both set to become free agents and they wish to retain them while some of the younger players were featured to celebrate what they brought to the team.

While King wants the Nets to avoid paying the luxury tax again, it is highly unlikely that they will do so unless they make a significant trade with Johnson and Jarrett Jack amongst the favourites to be moved on. 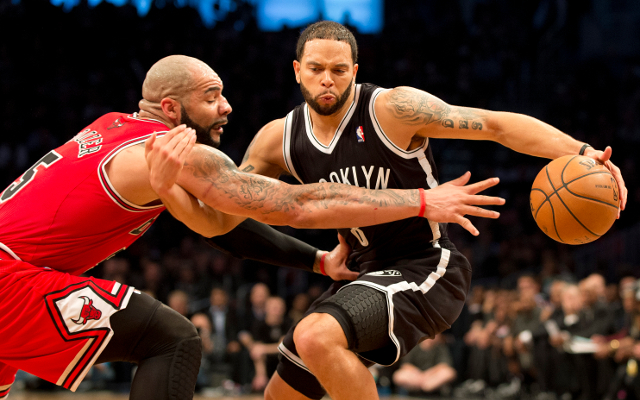