Reigning champions viewed as hot favorites to win it all again. 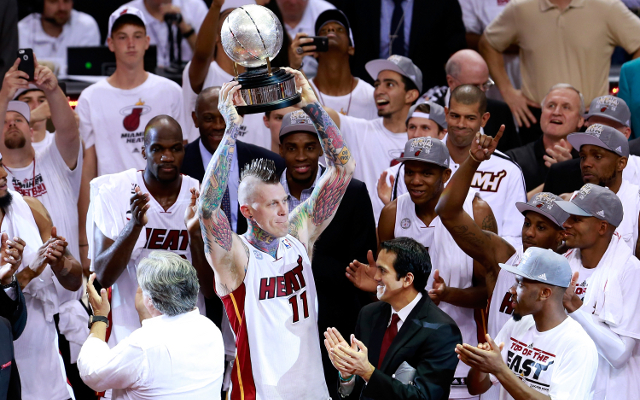 fanatix says: No big surprise here. Miami have retained their big three, despite speculation already starting about what the future holds for LeBron, Wade and Bosh. They had added depth in the form of Greg Oden and Michael Beasley. It remains to be seen if Oden’s knees last more than one game and if Beasley stays out of trouble.

fanatix says: Of course if the Heat are to win it all they have to make it out of the Eastern Conference finals. The champs were given a mighty scare by the Indiana Pacers last season, with the young but merging line-up deserving of their place as second. However, the Chicago Bulls with a healthy Derrick Rose in the side will pose a threat this season as well, more than the 3.4 per cent tipped.

fanatix says: Typically, tipping the Western Conference is going to be much tougher than the East given the depth of the talent across the top eight teams. The Spurs by rights as champions are the favorites, but will Father Time catch up with their aging stars finally? People have been asking that for years, but it has to happen sometime, right? The Thunder will need to battle hard early without Russell Westbrook and the departure of Kevin Martin denies them another scorer. The Clippers have added much-needed pieces and they have Doc Rivers pulling the strings, while Houston landed the big fish this off-season in Dwight Howard. Welcome to the wild, wild, west 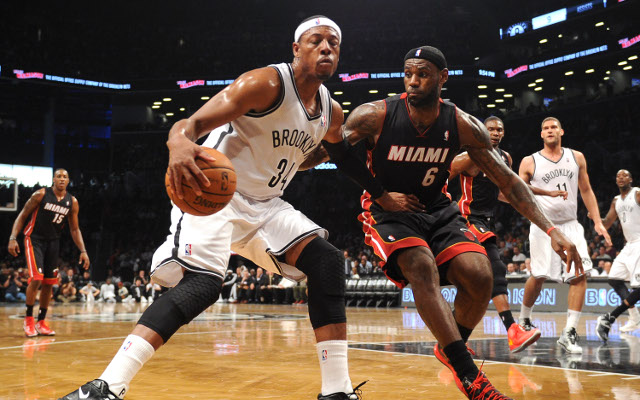 Which team will win the Atlantic Division?

fanatix says: It is not surprising the Boston Celtics have gone from the favorite to the win the division last season and now it’s the Brooklyn Nets, or as some might call them, the Brooklyn Celtics. With the Nets stunning move for Kevin Garnett, Paul Piece and Jason Terry the battle for New York should be riveting viewing this season, especially with the spicy chat already starting between abrasive characters like Garnett and new Knicks recruit Metta World Peace.

fanatix says: Get ready for a two horse race. Indiana finally emerged as a force in the league last year and nearly booked their place in the finals. While the Bulls with a healthy, confident and explosive Derrick Rose at the point look a different prospect.

fanatix says: Not much to be said here as Miami come up against the likes of weaker Orlando and Atlanta sides who could be both heading for the lottery in the stacked 2014 draft.

fanatix says: San Antonio deserve to be on top, but the fact they have gone from certainties to win the division to less so, is because of Dwight Howard landing in Houston. Memphis could feel hard done by they have missed out on a single vote, expect them to be tougher than the GM’s have given credit for while New Orleans won’t be the push overs they have been in the past. 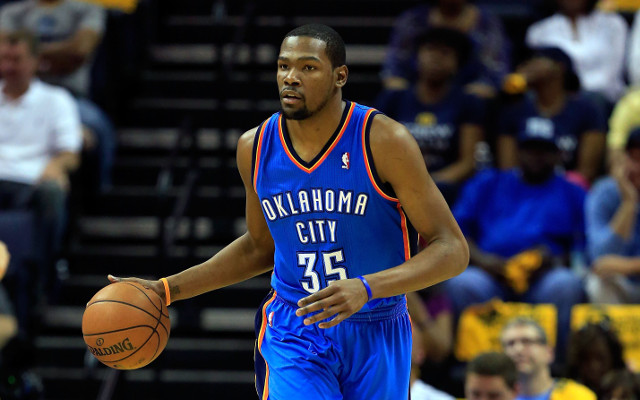 fanatix says: It will be a race of one for the Northwest title as it again is the Thunder’s to lose. Denver has lost key players in the off-season and the Jazz have handed the keys over the young stars, and will take time to become consistent. However, Minnesota could prove a danger if they can stay healthy this year.

fanatix says: If the torch had not been passed last year, it has this season. The Lakers are no longer the kings of the Pacific with the Clippers, with the addition of key role players and Doc Rivers, to win the title from the emerging Golden State Warriors. When Kobe Bryant returns, he will lead a Lakers side still capable of amazing on their night, but that night won’t happen often enough in 2013-14.