Pacers player apologises after his post-game rant that also took aim at media.

Indiana Pacers center Roy Hibbert apologised for an anti-gay slur made during post-game comments after a home victory over Miami in the NBA playoffs.

After the game, Hibbert used the slur phrase “no homo” when talking about defensive work alongside teammate Paul George against Miami star LeBron James.

“I am apologising for insensitive remarks made during the postgame press conference after our victory over Miami Saturday night,” Hibbert said in a statement released by the Pacers.

“They were disrespectful and offensive and not a reflection of my personal views. I used a slang term that is not appropriate in any setting, private or public, and the language I used definitely has no place in a public forum.

“I apologise to those who I have offended, to our fans and to the Pacers’ organization. I sincerely have deep regret over my choice of words last night.”

The NBA slapped Indiana center Roy Hibbert with a $75,000 fine Sunday for his post-game tirade after the Pacers’ game-six playoff victory over the Miami Heat.

Hibbert was disciplined for “inappropriate language” after he used a gay slur in one answer and swore in another during a press conference following the Pacers’ 91-77 win over defending champions Miami on Saturday night.

Asked about his defence on Miami superstar LeBron James, Hibbert ended his response with the phrase “no homo”.

Hibbert apologised, but league commissioner David Stern wasn’t going to let him off that easy.

“While Roy has issued an apology, which is no doubt sincere, a fine is necessary to reinforce that such offensive comments will not be tolerated by the NBA,” Stern said.

The issue of homophobia in pro sports team locker rooms has been at the fore in recent weeks, with veteran NBA center Jason Collins going public with the fact that he’s gay in April to become the first active player in a major US men’s pro league to do so.

Collins, a free agent after playing with the Washington Wizards last season, hasn’t played since sharing his sexuality publicly, but former US national team footballer Robbie Rogers, who announced he was gay and retired from football in February, this month returned to the game playing for Major League Soccer’s Los Angeles Galaxy.

Hibbert tried to limit the damage Sunday morning, apologizing in a statement issued by the Pacers for “insensitive remarks”.

“They were disrespectful and offensive and not a reflection of my personal views,” said Hibbert, who had already reached out to Collins via Twitter asking for a private discussion with his fellow player.

“I used a slang term that is not appropriate in any setting, private or public, and the language I used definitely has no place in a public forum,” added the player, who had defiantly said during the news conference he didn’t care if the league fined him for his frank – and profane – opinion on why he finished well down in Defensive Player of the Year voting by the media.

“Y’all mother-f—— don’t watch us play throughout the year, to tell you the truth,” Hibbert said. “That’s fine. I’m going to be real with you. And I don’t care if I get fined.”

The Pacers and defending NBA champions Miami are level at 3-3 in the best-of-seven Eastern Conference Final with the winner of game seven on Monday at Miami to face San Antonio in the NBA Finals starting on Thursday. 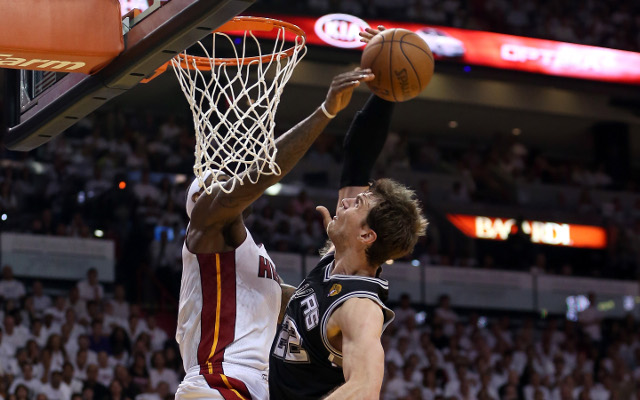 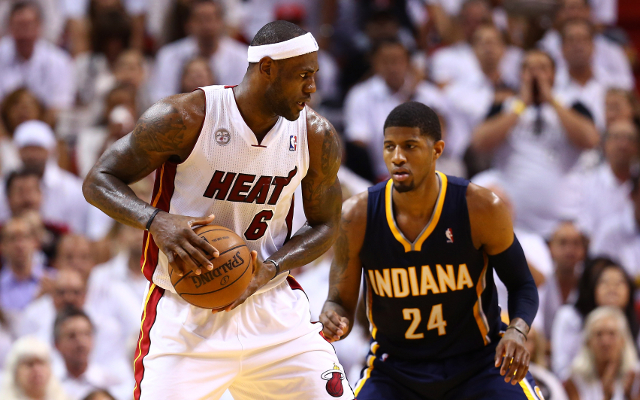 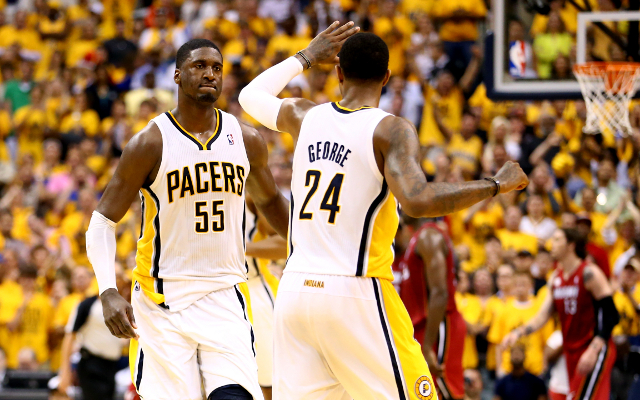 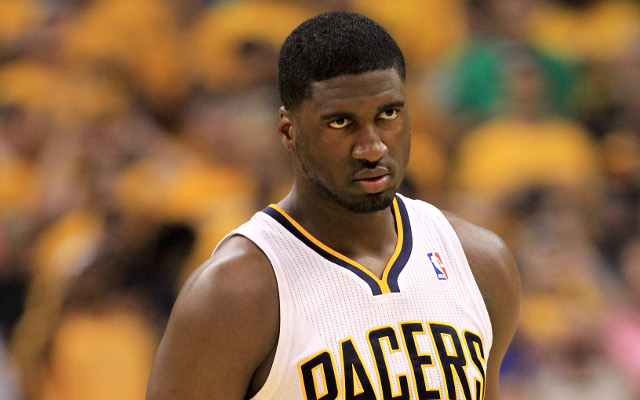