The Manchester United official’s hopeless negotiating has come back to bite the club again.

Goal have revealed that Nani won’t be making a return to Old Trafford in January.

The winger was thrown into the deal that brought Marcos Rojo to Man United almost as an afterthought, but the club are now wishing they’d kept hold of him.

The Portugal international has scored an impressive 7 goals in 14 games for Sporting, and with Angel Di Maria now out injured and Ashley Young and Antonio Valencia forced to play at full-back, Louis Van Gaal is desperate for more wide options.

SEE MORE:
Arsenal and Manchester United target William Carvalho chased by ‘many’ clubs
Struggling Liverpool will feel the full force of Manchester United star van Persie
Chelsea and Barcelona stars scrap to be best player in the Champions League according to stats

But Sporting have shot down United’s enquiries about an early return, and as United failed to include a recall clause in the deal, there’s not much the 28-year-old’s parent club can do about it.

United’s 2011 player of the year, Nani has found his form again in Portugal after an indifferent few years in Manchester, and has scored an impressive 7 times in the 14 games he’s played for Lisbon.

Sporting are in London for their Champions League tie this week, but the winger has been ruled out of the game with a thigh problem. 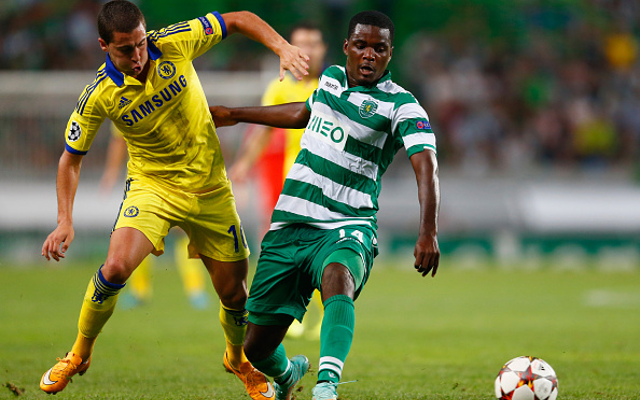