Geelong have played down fears over Mitch Clark’s foot injury, saying the star forward is not expected to keep him out for an extended period.

Clark will miss this weekend’s clash with Richmond, with Cats fans concerned he had aggravated with troublesome right foot when he was not named to face the Tigers.

However, the Cats confirmed the 27-yeatr-old had developed soreness in his opposite foot during his side’s loss to North Melbourne in round four.

Geelong football manager Steve Hocking said the club had made the decision not to risk Clark.

“Mitch is a player we view as a long-term player for the club so after his foot pulled up sore following the Kangaroos game we decided to not take the risk in the short-term,” Hocking told the Cats’ wesbite.

Clark was plagued by foot issues during his time at Melbourne.

He missed the second half of the 2012 season after suffering a joint injury and only featured in four games in 2014 before needing a screw removed from his foot.

Clark then retired in April 2014 without playing another game for the Demons after being diagnosed with clinical depression. 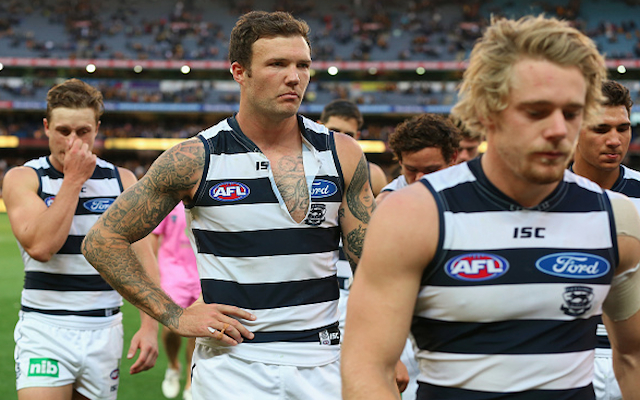