Arsenal star Alexis Sanchez already looks miserable at the club, as he pulled a less than convincing pose at the team photo yesterday afternoon!

While team-mates Jack Wilshere and fellow new-boy Danny Welbeck were full of smiles, Sanchez sat aside looking distinctly glum – perhaps because he’s used to sitting next to the likes of Lionel Messi and co. at Barcelona! 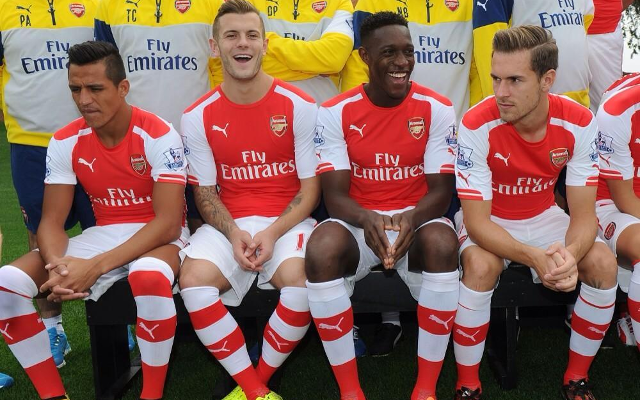