The Minnesota Vikings had one of the best drafts in the entire NFL, and they mean business as they look to return to playoff contention since they have signed all 10 of their draft picks.

The Vikings began their draft by selecting cornerback Trae Waynes with the 11th overall pick.

The rest of the draft was highlighted by the selections of inside linebacker Eric Kendricks, defensive end Danielle Hunter, offensive tackle T.J. Clemmings and wide receiver Stefon Diggs.

Waynes will be a valuable addition to a team that was in need of a cornerback and will be useful in the Vikings’ efforts to defend NFC North stars such as quarterback Aaron Rodgers and wide receivers Jordy Nelson, Calvin Johnson, Golden Tate and Alshon Jeffery.

Kendricks will also be a huge addition to the Vikings defense, which struggled against the run last season. Clemmings was a steal in the fourth round as he was graded as a possible first-round pick.

Vikings left tackle Matt Kalil has struggled since a promising rookie season in 2012, so Clemmings will be a welcome addition to the Vikings offensive line.

Although the Green Bay Packers are heavily favored to win the NFC North, the Vikings may be making a run at the playoffs if their talent can put it all together as quarterback Teddy Bridgewater looks to follow up his solid rookie season. 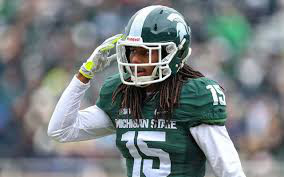