Ferrari driver and former teammate of Michael Schumacher, Felipe Massa, says the seven-time world champion gave reactions with his mouth to his presence during a recent bedside visit.

Schumacher, who has been in a medically induced coma since a skiing accident on December 29 last year, is slowly being woken up.

Speaking after a pre-season testing session, Massa said he was very positive about his friends chances of a full recovery from what he saw during a visit to Grenoble University Hospital.

“He was sleeping, and I was very positive because he was normal,” Massa said.

“He looks normal, and he also gave some reactions with the mouth and everything. So it’s positive to look at him.

“I have no experience to say anything. I’m not a doctor. But when I saw him, for me, it looked very positive.” 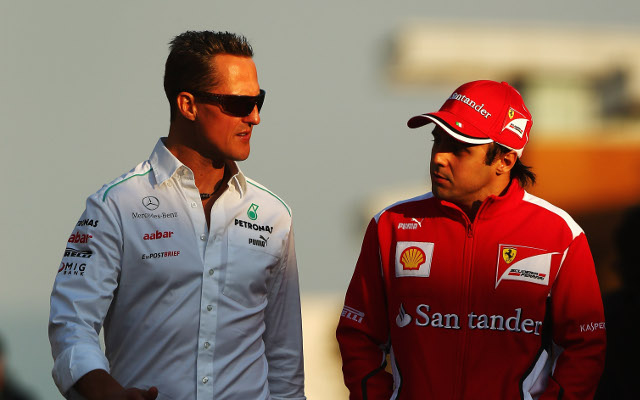 Schumacher has undergone two operations to remove blood clots inside his skull and to relieve pressure created from the injuries when he struck his head hard on rocks while skiing with his family.

Numerologists across Europe have weighed into the debate if Schumacher will make a full recovery with opinion being divided, with most offering caution of overly optimistic outlooks, just in case.

However, Massa, who drove with Schumacher in 2006, said he brought the 45-year-old up to to date with the work he was doing for the 2014 Formula One season. 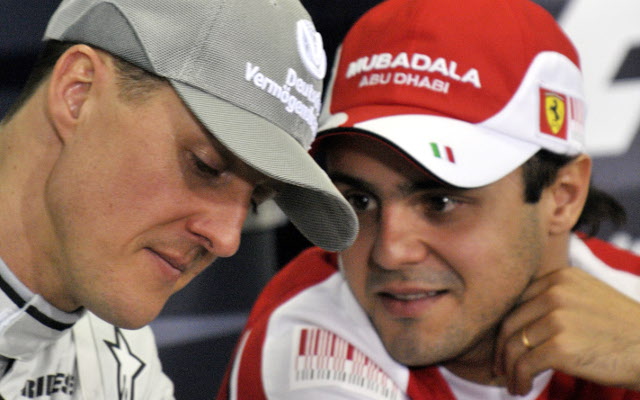 “I saw him, I talked to him, I told him everything I did in Jerez (at the first test) about my car, the new team (Williams), everything. I told him to wake up many times… I’m positive. We need to believe,” Massa said.

“It’s always very difficult to say because I have zero experience about what the doctors say.

“But I saw him and was very happy to be together with him for a very long time, talking to him, trying to give the best energy and just help him.