Heat forward relieved to be free of strange allegations.

Miami Heat forward Chris Anderson can begin the new NBA season free of the bizarre allegations that have dogged him this off-season.

Andersen reportedly had a consensual sexual relationship in 2011 with a woman who claimed to be 21 but in fact was younger, however was still above the age of consent of 17 in Colorado, where the relationship took place.

The woman contacted police when she returned home but continued to receive sexually suggestive demands from Andersen, and the Internet Crimes Against Children Unit was called in.

Police then swooped on Andersen’s Colorado home, seizing his computer and other electronic equipment and sending the then-Denver Nugget player’s life into a tailspin.

A 29-year-old woman posed as Anderson after obtaining personal information from his phone, email, social media, bank records and even his video game console.

Anderson’s agent Mark Bryant said his client simply wanted to forget about the incident and focus on helping the Heat retain their NBA title.

“I can’t tell you how much Chris agonized over the label placed on him,” Bryant said.

“This has had an extraordinary effect on Chris … he appreciates those who reserved judgment. He will continue to do what he’s always done in life and that’s turn something bad hopefully into something good.” – 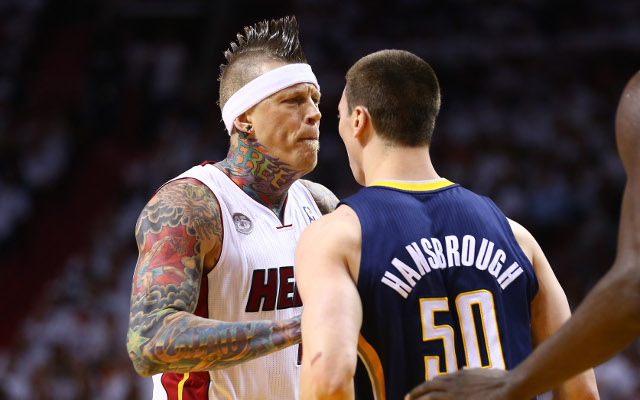