Officials crack down on on-court behavior as the NBA playoffs reach a crescendo.

The incident occurred with 9:02 remaining in the second quarter of Miami’s 90-79 win over the Pacers in Miami on Thursday.

Andersen elbowed Hansbrough to the floor, and after the two bumped chests he shoved the Pacers player, then “resisted efforts to bring the altercation to an end,” the NBA said in a statement.

Andersen was assessed a flagrant foul, but league officials upgraded it from a flagrant one to a more serious flagrant two category.

Andersen’s absence will be a blow for the NBA champion Heat, who hold a 3-2 series lead and can return to the NBA finals with a victory in game six at Indiana on Saturday.

Andersen is 15-for-15 from the field in the series. 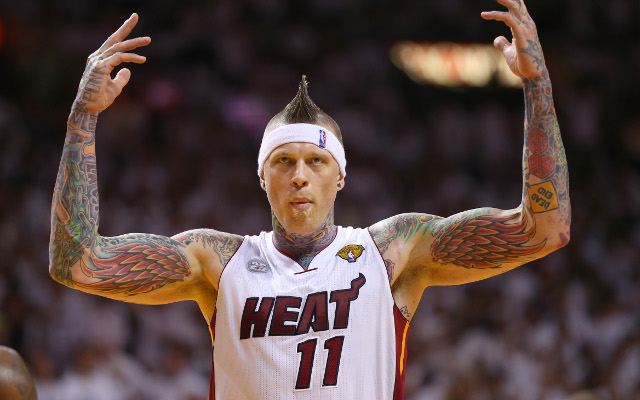