With the series sitting 2-2 between the Miami Heat and the Indiana Pacers the question on some people’s lips is, what’s wrong with LeBron James and company?

To which I ask, does there have to be something wrong with them for fans to be getting one of the best Eastern Conference finals in recent memory?

But it does say something about the combined talent on the Miami side for these questions to even be seriously asked.

Apart from a few players simply not living up to their potential, there is nothing fundamentally wrong with the Miami Heat as they stand toe-to-toe and slug it out with the up-and-comers from Indiana.

Miami have simply run into a team that has been building towards producing like this when the heat is on and when every shot counts.

This is the Eastern Conference finals after all – teams don’t get here by accident.

The times the Heat have struggled in the era of the ‘Big Three’ have been against sides who crash the boards well and have a centre who can clog up the lane. 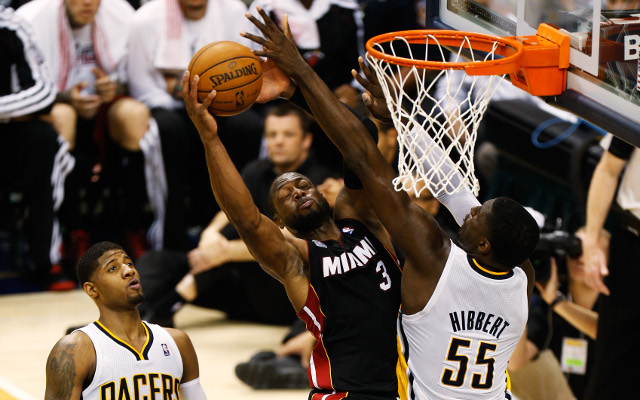 Enter Pacers big man Roy Hibbert – all 7ft 2in of him.

Through the first three rounds of the playoffs, Hibbert’s production has been up in all of the areas the Pacers need him to stand up and be counted in.

Against New York he averaged just 13.3 points which has risen dramatically to 22.8 against the reigning champions thanks to him hitting 54 per cent of his shots.

On the boards, Hibbert is pulling down an even 12 a game in the East finals, with 6.5 of them coming on the offensive end, a damning stat against the Heat front-court

Hibbert has become a barometer of which side of the score the Pacers will end up on after 48 minutes through the playoffs.

Indian has a 10-2 record when Hibbert scores more than 15 points, with a perfect record of 4-0 in these same playoffs when he’s finished with 21 or more.

All of these statistics add up to one thing, the lack of a front-court presence by the Heat with the Pacers also averaging 15.3 offensive boards and 35.3 free-throw attempts.

It was thought the Chicago Bulls front court of Joakim Noah and Carlos Boozer would outdo the Heat in the same fashion the Pacers currently are.

But without Derrick Rose to split Miami’s attention, their talents and shooting simply were too good. 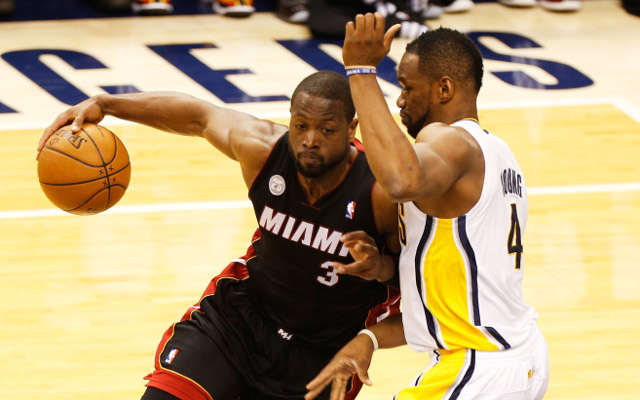 However, part of the reason why the Heat are being questioned as it if they have larger problems is due, in part, to the streakiness of Dwyane Wade and Chris Bosh along with some of their role players.

To win the East they need more from Wade (concerns mount around his knee) Bosh (3.3 rebounds per game, down from 8.6 against the Bulls) and their long distance shooters (Ray Allen is 29.4 percent from downtown, Shane Battier 15.4 percent, and Norris Cole is at 28.6 percent after hitting 81.8 percent against Chicago)

But on the flip side to this while argument is what are the Pacers doing right to put this series, seemingly, down to the wire for a games six or even game seven.

While they have never been the best shooting team in the league and they are prone to turnovers, they continue to abuse the Heat with their larger side across the floor, and don’t expect Indiana coach Frank Vogel to change his game-plan anytime soon.